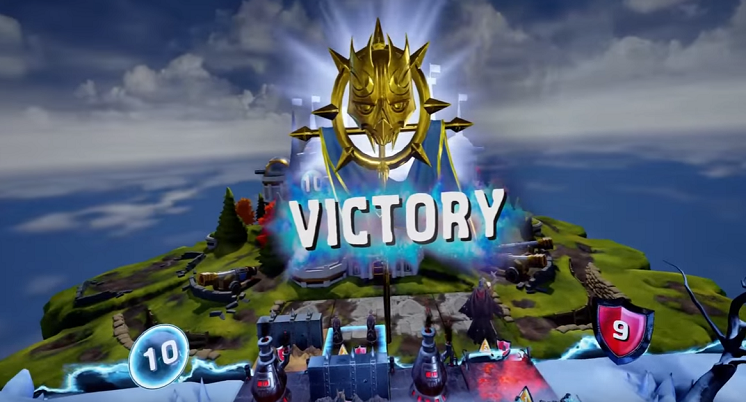 Dragon Front, the first collectible card game designed for VR, has released a major content update that brings a new Conquest Mode to the game as well as a ton of new, free content today. The game’s first four factions – Scales, Thorns, Strife, and Eclipse are also now free, including each faction’s Conquest levels. Dragon Front has already released 12 updates since its launch a year ago.

With Conquest Mode, players can complete six five-battle campaigns for each of the seven factions—that’s a total of 210 different levels. The first campaign for each of your factions is free, so you can dive right in.

“Conquest Mode lets us tell this fantastical war story that we’ve been writing for years from seven different perspectives, giving life to the world of Dragon Front and personality to each of the seven factions,” said High Voltage Chief Creative Officer Eric Nofsinger to Oculus. “Completing each of the seven storylines rewards the player with a special new Boss Champion—one that’s normally unavailable in booster packs and can’t be forged.”

You can also now get the game’s first four factions—Scales, Thorns, Strife, and Eclipse—for free. That means that every player gets access to a minimum of 20 free Conquest levels with the new update.

Dragon Front has also made it possible to unlock the trio of faction by purchasing the new Invasion Forces Expansion Bundle which will give you Silence, Essence, and Delirium for $29.99. This will also include 10 booster packs.

“VR isn’t just a fad,” notes Nofsinger. “We respect the medium by putting out quality content—lots of it—and creating opportunities for deeply engaging fun. People tell us all the time that this is the VR game they’ve spent the most time playing, and considering the sheer amount of strategic options, the visual and audio content, and the competitive elements of the game, I’m not at all surprised.”

Currently, there are more than 460 unique cards, which you can mix and match into your deck. Conquest Mode introduces six five-battle campaigns for each of the game’s seven factions, letting players experience the story of Dragon Front from seven different perspectives. The prize for finishing each campaign is a new Boss Champion – powerful cards that can only be gained by completing Conquests!

You can download Dragon Front for free today on the Oculus Store for Rift or Gear VR.