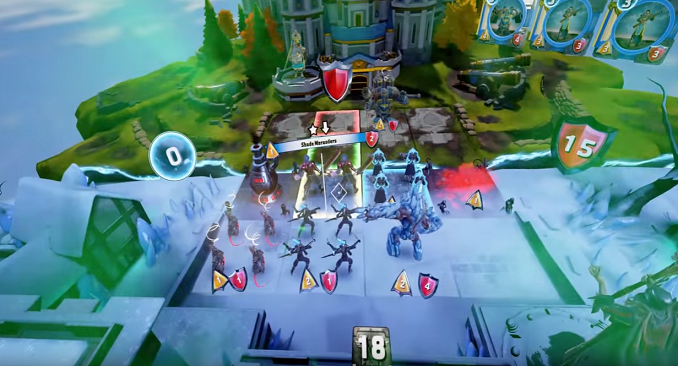 Playing cards is a game with age and history. Card games are crafted to be witty, strategic, and fun with many variables of objectives. There are traditional card games played in suits while other games like Magic and Pokemon are made to be strategic with heroes and monsters. Cards are usually made of paper or plastic with different designs and motifs. You have the sense of presence, feeling, and intuition while playing against your opponent. 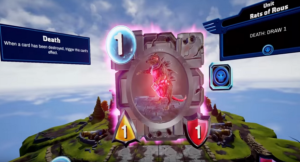 Time and technology has given us the option to play digitally through devices such as smart phones and PCs. But they were missing the physical presence aspect, until now. A game creating company called High Voltage Software has developed the first intuitive card game in virtual reality called Dragon Front.

High Voltage Software Inc. is an independent game development company located in Hoffman Estates, Illinois. This particular company is known for being responsible in improving the quality and  technical  innovations  of  Wii games.

Dragon Front is a casual action and strategy VR game made for the card game lovers. This VR game can be played by by yourself or with your friends online. You also have the decision to play against foes through online matchmaking. Matchmaking works by analyzing your rankings against other similar ranked players, which then throws you in the ring with against that similar ranked foe.

Dragon Front tutorials feature helps the player get familiar with the capabilities of each card through the use of controllers. An Xbox controller can be used to select the cards.

Dragon Front is currently an exclusive title coming to the Oculus Store. It recently missed the deadline that High Voltage Software Inc, set for Q2 2016. However, it’s promised by Oculus that Dragon Front Beta will be available to people who purchase Damaged Core before September 7th, at 12AM.

The Design Of Dragon Front

Dragon Front (Beta) is a card battle game, presented in cartoony aesthetics where every character is modeled in 3D. It has a total of 260 cards as soldiers and 30 cards each for four army factions. The cards have visuals and audio effects and each value can be changed through the use of more than 100 spells. It has two sets of cards, one used for defense and the other set for offense. This basic content gives depth to the game right from the start. 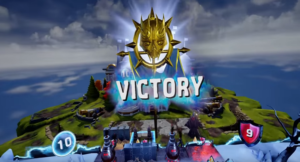 The player is like a commander in chief of an army, using minions to attack the opponent, with the goal of beating them down to zero. The players will be immersed into a VR simulation game that sits you across right from the enemy. You’ll regain that sense of intuitive feeling which can heighten your sense unlike what 2D versions brought. You’ll feel the excitement and exhilaration that you’d feel from physical card games. The invoice game chat enables the players to talk to opponents, which also amplifies the game experience as it progresses.

The overall experience of the game mechanics is fun while playing the match. The pacing and strategy is unique for a first table-top cardgame in VR. Make sure to try out Dragon Front Beta by ordering Damaged Core at the Oculus Store.