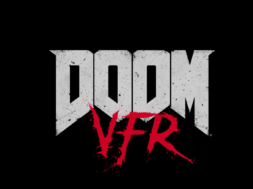 In DOOM VFR you won’t be playing the Doom soldier that you may be accustomed to. Instead, we’ll be playing as a character named Dr. Peters who is a part of the BFG program.

Below is some gameplay from DOOM VFR.

In the video, you can see that you’ll be teleporting around instead of using locomotion mechanics. While many find this of hinderance in gameplay, Bethesda chose this option as it jells well with how Doom is played. Bethesda also explains that it’s not simply teleporting but something they call “Dash.” This movement isn’t instant teleportation but more of a rapid dash to the fixed location. Dash also allows you destroy your enemies as you can “telefrag” into their bodies and blow them up.

You can pre-order the game today for $29.99 for PSVR and $29.99 for HTC Vive. There’s still no word yet on official compatibility with the Oculus Rift.