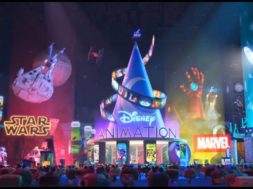 The VOID, a company famous for its immersive VR experiences is one of Disney’s premiere partners when it comes to virtual reality. They have created some powerful experiences such as Star Wars: Secrets of the Empire which allows fans to enjoy the Star Wars experience in virtual reality. Now the company is set to release 5 new experiences based around the Disney universe which includes Marvel.

The VOID will be partnering up with ILMxLAB to create these new VR experiences based around the famous movies and characters such as Ralph Breaks the Internet and the preannounced Marvel films set to release in 2019 according to Fast Company.

Some of the Marvel movies slated to release in 2019 includes Spiderman: Far From Home, Avengers, and Captain Marvel. Disney will also be releasing Frozen 2, which is one of the fan favorites. In addition, The VOID will probably be creating a follow-up VR experience based around the Star Wars franchise.

“Partnering with the creative teams at ILMxLAB & The VOID on this new type of immersive storytelling adventure is an exciting opportunity. For the first time, we will give fans the chance to walk into the Marvel Cinematic Universe and interact with some of their favorite characters,” said Kevin Feige, President of Marvel Studios.

Disney looks to make some big movies in the VR space in partnership with The VOID.