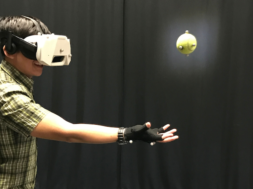 “We present a system enabling users to accurately catch a real ball while immersed in a virtual reality environment,” stated Matthew Pan and Gunter Niemeyer. “We examine three visualizations: rendering a matching virtual ball, the predicted trajectory of the ball, and a target catching point lying on the predicted trajectory. In our demonstration system, we track the projectile motion of a ball as it is being tossed between users. Using Unscented Kalman Filtering, we generate predictive estimates of the ball’s motion as it approaches the catcher. The predictive assistance visualizations effectively increases user’s senses but can also alter the user’s strategy in catching.”

In the video, you can see how the demonstrators are passing a real ball around with one participant wearing a VR headset. The Disney Research team developed a predicted trajectory application where a user can track a real object in the virtual world. The technology shows where the ball might be landing, predicted through an advanced trajectory figure.

You can see how the three visualizations affect the participant’s awareness in catching the ball. In one way, you can distinctly see the ball making the participant more aware of the object rather than the projected line. 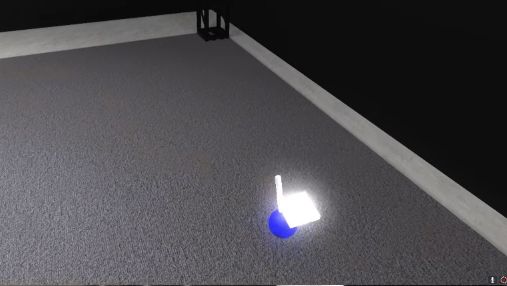 In another way, you can see a box showing where the ball will be landing, making the participant focus on location rather than the object. 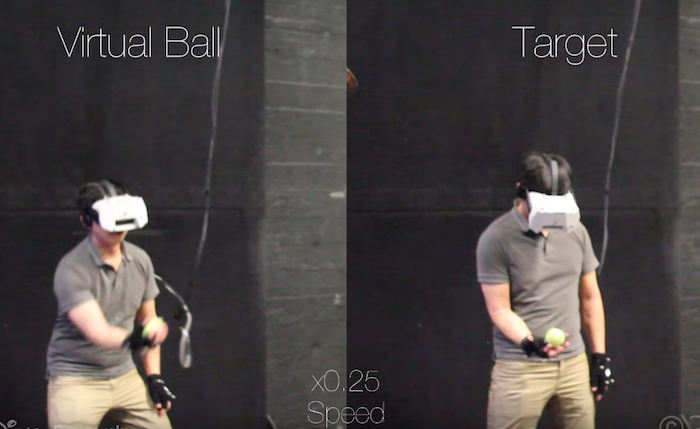