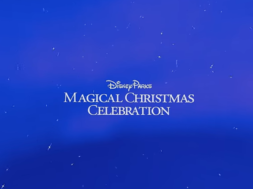 Disney has been becoming a bigger participant in using VR and 360 technology over the past year. Recently, they released a 360 video at the Disney Park for their Christmas celebration featuring Alessia Cara, Sofia Carson, Jordan Fisher, Gavin DeGraw & OneRepublic. The video shows performances from these artists at the park at various times throughout the day.

It’s an enjoyable video where you’ll find talented singers singing in front of an audience. With the help of 360 technology, you’ll become more immersed in the moment with the ability to look in all direction. Unfortunately, you don’t get to see the full performance from the listed artists. But Disney will be releasing more 360 videos like this in the future so stay tuned.

This video can be watched in VR with the use of Google Cardboard or Daydream View VR headsets.