Dino Frontier Might Be The Ultimate Tabletop Scale VR Simulation 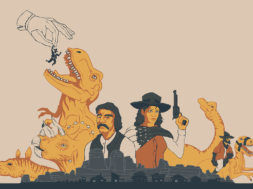 Dino Frontier Might Be The Ultimate Tabletop Scale VR Simulation

A lot of content creators and developers have been exploring ways in which they can create a unique title in the VR industry. We’ve seen games range from the RPG genre all the way to FPS with sprinkles in-between. Today, we’re happy to introduce you to Uber Entertainment and their Tabletop Scale VR Simulation game called Dino Frontier.

This title, which will be releasing on PlayStation VR, allows you to construct your own unique settlement in the wild wild west. You’ll build homes, markets, training facilities, and more alongside your friendly dinosaurs. You will be assuming the role of Big Mayor who overlooks the settlement in tabletop scale VR. Players must carefully balance resources while growing your town. But you can’t sit too comfortably as you’ll face dangerous foes and wild dinosaurs that’ll disrupt your build from time to time.

“We’ve strived to push the boundaries of VR interaction,” said the Uber Entertainment team. “There’s no other game like Dino Frontier. Reaching down into a vibrant world to pick up tiny people is a magical experience. We offer innovative camera controls that are both powerful and comfortable. You can zoom in, zoom out, pan, and rotate with ease. Clever interactions provide detailed information without overwhelming UI.”

The trailer above shows that you’ll be constructing new facilities and buildings with the use of your hands and the hammer you wield. Players will have to tap down for a certain length in-time to finish constructions of the new buildings. There’ll be other tools available for use such as a knife and a gardening spout. 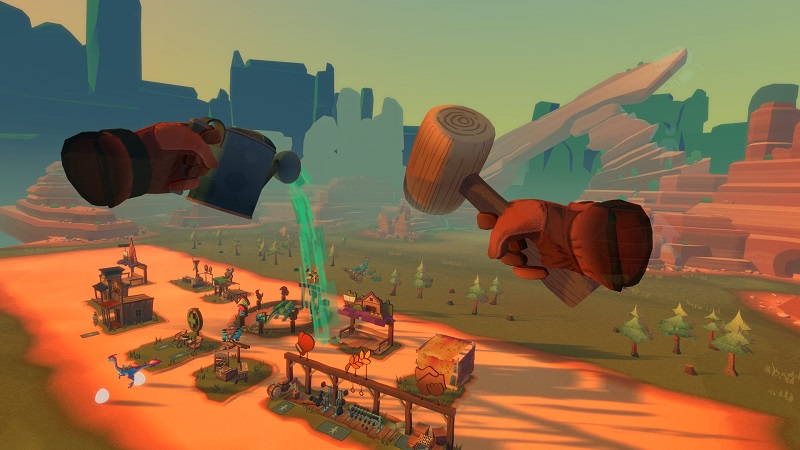 PlayStation and Uber Entertainment have yet to announce the exact release date for the game but have stated that it’ll be releasing some time this Summer. Prices are not yet available either. Stay tuned for more information in regards to Dino Frontier.