‘Detached’ Set to Launch May 18 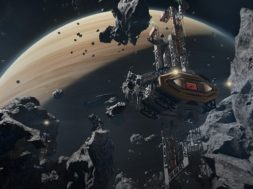 ‘Detached’ Set to Launch May 18

Can you survive on your own after being cast aside in a corrupt outer space mutiny? On May 18, Detached will be released on Steam and the Oculus Store, and you’ve been warned — this game is not for the faint of heart — or for those with motion sickness, for that matter!  This extreme VR experience simulates sudden and dramatic acceleration, freefalling, twisting, and rolling. Even at 90 fps, it is not for VR-sensitive players.

An extremely atmospheric environment allows you to experience the intense immersive feeling that comes with VR devices to deliver extraordinary sensations. In addition, players using the HTC Vive and Oculus Rift can count on the full support of the controllers, which further enhance the experience during the game. 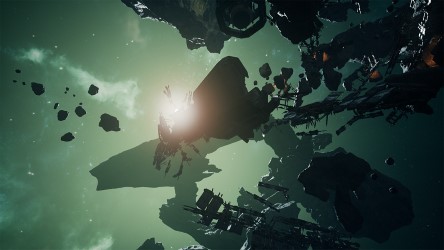 Let’s set the scene: Years of warfare and human greed have led to catastrophe. Destruction and desolation everywhere. Space pirates traverse the galaxy in search of spoils. You and another scavenger find a deserted space station and you’ve hit the jackpot!  Another routine salvage. Everything is going according to plan…

Until system alerts indicate a problem in the cargo area. Before you know it, a group of scammers has infiltrated the station and will do anything to seize your precious cargo. The startup procedure has been initiated… There’s no time for retreat…Will you survive in the vastness of space?

To succeed you will need to secure oxygen and fuel supplies, dodge moving space debris, solve puzzles to gain access into deeper levels of the fractured cosmic colony, and discover new areas that are not revealed in early access game play. Find your way out of the remains of the huge mother ship while experiencing the enormity of space destruction. 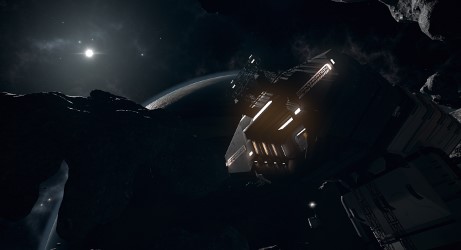 Additionally, Detatched lets you challenge a friend with their PvP mode. The race is on to outsmart them! This variation on the popular capture-the-flag mode will test your control skills and challenge you to outwit your enemy with the advanced abilities of the EVA suit.

Check out the teaser trailer below.