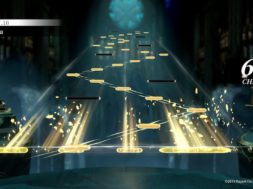 Sony in partnership with Rayark have announced that Deemo -Reborn- will be coming to VR starting November 21, 2019. Deemo has been downloaded more than 22 million times across Nintendo Switch, PlayStation Vita, and Android. Now they look to premiere on the VR front for fans across the world.

Deemo is a rhythm game that brings the original experience’s mystical 2D environments to life in full 3D. Players will explore previously hidden nooks and crannies of the titular character Deemo’s castle and uncover more of the mystery through added story sequences.

The Deemo VR version will have you follow the beat to more than 60 songs, including some of the most popular tracks from the original Deemo as well as fresh additions. You will have to master each piano score to unlock new areas found in no other version.

Players will explore previously hidden nooks and crannies of the titular character Deemo’s castle and uncover more of the mystery through added story sequences.

Alternate between the rhythm and exploration gameplay. See from the perspectives of Deemo, accustomed to living in solitude within the walls of a beautiful yet lonely castle, and the little girl who falls from the sky into Deemo’s life with no memory of her past. You will master each song to grow the tree sprouting from Deemo’s piano and help her go back. Guide the little girl to find new sheet music and the answers to the riddle of how she arrived in this world.

Songs ranging from chill tunes to upbeat jazz melodies, with compositions from classical greats like Beethoven and Brahms as well as modern musicians, grace DEEMO -Reborn-. These tracks accentuate a tale of love, friendship and loneliness. Beloved by fans all over the world, it is now retold in greater detail and higher fidelity.

“This isn’t just an updated version of DEEMO. It’s a total remake,” said Akinari Itoh, G&R Representative, UNTIES. “Rayark Inc. has applied its years of rhythm game expertise from DEEMO, Cytus and other franchises to 3D and VR with great effect, all the while adding exploration elements to revitalize the story in what is truly a rebirth of this touching story.”

DEEMO -Reborn- will be available on PlayStation 4 and PlayStation VR with PlayStation Move controller support for $39.99. It will support English, French, German, Spanish, Russian, Traditional / Simplified Chinese, Korean, and Japanese. Separate song packs are planned for future DLC. Hopefully we will see the title become available for other headsets as well.