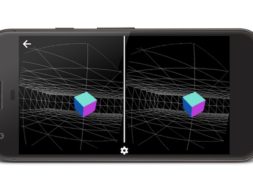 WebVR has come a long way since its inception in 2014: from a few experimental builds and demos, to an entire ecosystem today. Through strategic partnerships, companies like Google and Oculus are lowering the barrier to entry for both VR content creation and consumption. Partnerships between hardware and software developers are not only making WebVR more accessible to the masses, but are also providing a stepping stone to mainstream VR adoption.

Evidence of the popularity and importance of WebVR can be seen in the advancements made by tech titans such as Microsoft, Google and Samsung in the improvement of respective browsers – Edge, Chrome and Samsung Internet – to support WebVR, laying the groundwork for everyone to experience VR anytime, anywhere with minimal equipment.

Some of the collaborations fueling these efforts include:

– Google and YouTube: With “the world’s largest collection of VR videos,” Google has been building virtual reality-focused functionality into the YouTube app over the past year with support for 360-degree video formats, stereoscopic video, 3D audio and general Google Cardboard support.

– Mira and Unity: Powered by the Unity 3D game engine, Mira’s software developer kit (SDK) enables creators to develop unique experiences or re-tool existing assets for use on the Prism headset, which is rumored to work flawlessly with the iPhone.

– Microsoft and Valve: With hopes to ensure Microsoft’s Windows 10 relevance, the software developer has partnered with Valve, the company behind massively popular Steam. As part of the agreement, affordable VR headsets which are designed to be used with Windows 10 will be hitting shelves this holiday season, so users can run VR games listed on Steam via Windows 10.

Partnerships like these are a big step toward a solution to the hurdles that stand in the way of full VR adoption. By working together to create better platforms, hardware and content, companies are unlocking the door to amazing VR/AR experiences for everyone. Additionally, by making WebVR even more accessible to the masses, tech giants are not only ensuring the longevity and relevance of their platforms, but also helping push VR as a medium of content creation and consumption.