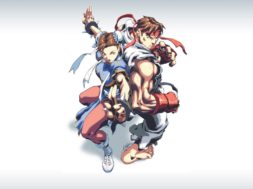 Even if you’re not a gamer, there will still be some video games that you know and even possibly love.  Maybe you grew up playing games like Grand Theft Auto or Super Mario, or perhaps it was another game.  It doesn’t matter which game or console you used, the point is there’s a feeling of ‘connection’ with these games and they can always invoke a certain nostalgia when brought up.  It could be the scenery, the characters, the gameplay, or just the general mood of the game that makes us feel a certain way.

Play a game long enough and it’s possible that you develop a kind of relationship with the hero or heroin on your screen.  An example of this would be the love for Street Fighter and Soul Calibur. Many people have a real soft spot for Cammy and Ivy Valentine.  While they are animated characters, people still develop a ‘crush’ on the girls.  They are visually attractive with catchy voice lines to go along with the characters. Even virtual reality studios and producers are embracing video games as part of their cosplay genre. Of course, it’s not just video games that are being used as source material – it’s comic books, movies, Tv shows and more.

So, for those who don’t know much about it, cosplay is where people of all ages and from all walks of life, dress up as their favorite fictional characters.  This includes video games, comic books, movies, TV shows and more.

Cosplay became a thing back in the early 1980’s and has since spawned a legion of loyal and dedicated participants (fans).  There’s tons of conventions for like-minded cosplayers to attend and connect, such as the famous Comic Con convention.  Last years iteration was held in San Diego and attracted almost 200,000 attendees.  Yes, it’s a big deal and it’s only getting bigger. As the video game industry continues to grow every year, so does the hobby of cosplaying.

For those that are interested in checking out what the blend of cosplay and adult VR looks like you can check out VRSmash (NSFW), or directly from the various studio websites.  Adult VR content is definitely one of the reasons why the technology is getting so popular and is becoming an unavoidable topic when talking about virtual reality and immersion.