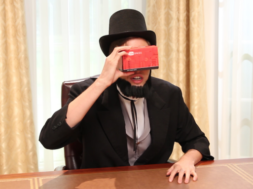 ? Which VR Headset Is your Current Favorite?
Currently, there are 3 VR headsets that are frequently used by the majority of VR users. Which VR headset is your favorite at the current moment?
RESULT
HTC Vive154 votes ( 58% )
Oculus Rift51 votes ( 19% )
Playstation VR32 votes ( 12% )
Other29 votes ( 11% )
From comedy to drama we humans want everything to have its sort of entertainment. Now that we have a new visual outlook, what can we potentially do more to make it approachable for the consumers? The relativity of our culture has allowed us to now create content that have such strong stories and ability to capture human emotions using Virtual Reality. See VR has been around and growing for the past few years, but this is the first year where they introduce an old concept of storytelling.
With new content being developed for the VR world, who could be a better introducer to the 360-degree content than Youtube. Connecting with a IAC-owned CollegeHumor and taking action at the best topic to mock the United States Elections. They will start off by providing highlights to how certain presidents behaved during their times and how would they behave during todays elections. It starts directly on John Adams, with the camera set to view the entire oval office with all the gags and jokes CollegeHumor can provide us.
This is all being built for the DayDream VR platform Google is releasing to the public to drive the consumers to integrate VR into a daily part of their lives. So here the comes the problem when creating content such as this and especially on a new platform that does not have any feedback from the broad audience. When creating content for VR its not as easy as you think it might be for when its with the standard way of entertainment. The frames are different, the actions can’t be so dramatic because everything is visible there is no cutting of frames. Especially for content such as this one, comedy is very visual and when you don’t know where the audience might be facing or looking at the delivery of that joke, you might just miss them. So now audio steps an important role into this, by allowing the dialogue to have more weight and having the actors to play a more story role character while including humor. This leads us to understand that before the surrounding environment didn’t play such a big factor in the production of the content, however now, it has to be an all around exclusive setup so you have to watch the smaller detail of what is around you. Now that the camera never stops and its always watching you 360-degrees you are continuously shooting compared the cuts you have between takes that provided the exclusive focus on that particular scene. So either you’re gonna be tired from a long day of recording or as user you just lost focus on a very important scene in the movie cause you were too busy turned the other way.
Overall the show is set to launch within the next couple of months, trying to make huge push for VR content before the year 2016 comes to end. Regardless, this is just a basic introduction we are expecting a huge push of content from large names in the upcoming months. If this performs well or not, the world isn’t ready for VR and this is a great introduction to the new age of standard entertainment.