Last year’s 2018 Coachella Music Festival was quite enlightening to say the least. This year, they look to step it up another notch and showcase some of the world’s greatest talent. The festival is to take place between April 12th – 19th in the great city of Indio right outside of Palm Springs.

Coachella will feature 3 headliners which includes acts such as Childish Gambino (Friday), Tame Impala (Saturday), and Ariana Grande (Sunday). The Festival will span two weekends with shows on Friday, Saturday, and Sunday. One of the more interesting acts featured at this year’s Coachella Music Festival is not the headliner but a korean pop act of Blackpink. Blackpink is one of the world’s biggest girl bands currently that has taken the world by storm. 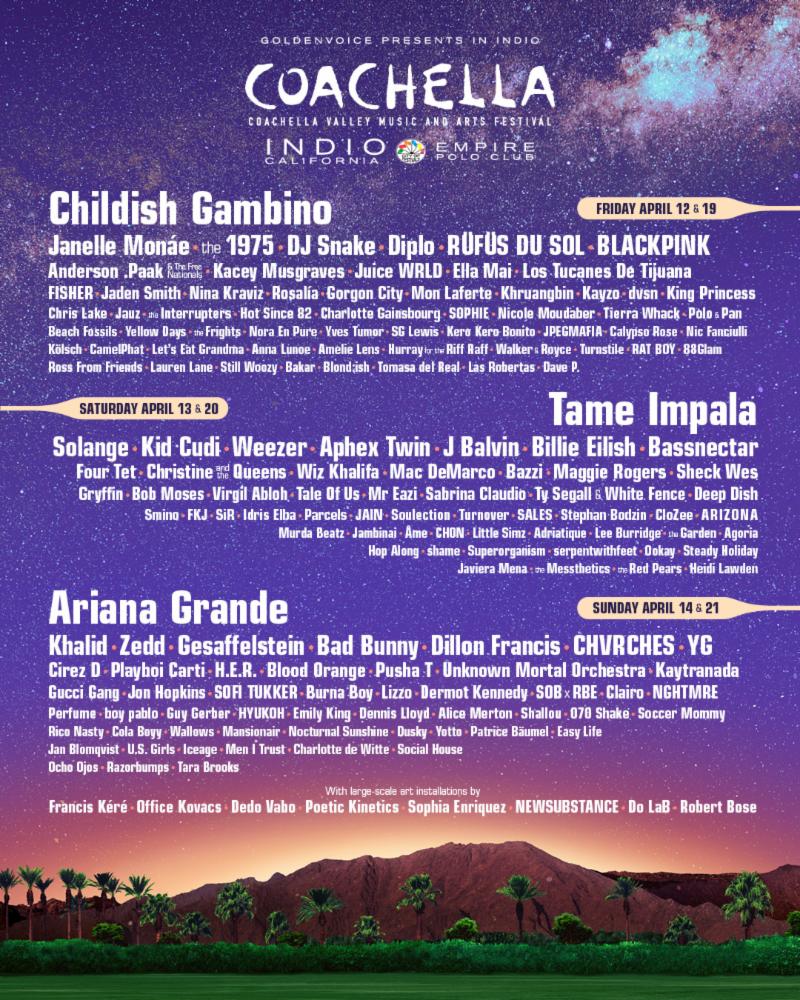 There are many other great acts and artists such as Weezer, Chvrches, Solange, Aphex Twin, Billi Eilish, and more. Coachella Music Festival passes will go on sale Friday, January 4th at 11AM. Make sure to grab the tickets while it lasts.