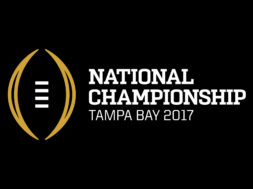 Tonight, the Clemson Tigers flipped the script on Alabama to take home the coveted 2017 CFB National Championship trophy at Raymond James Stadium in Tampa, Florida. Tonight’s game set a record for most in attendance at the famous stadium with 74,512 people in the stands. Alabama was heavily favored to win the 2016-2017 championship as they are always a dominant force in college football. But with the last second score by the Tigers, the Crimson Tide ended up giving the game away.

This 360 VR video shares the moments right after the Clemson Tigers win the national championship. You can see the air being glittered in their famous orange color while the media surrounds the college athletes. It’s an amazing short experience that you can share with the team in an immersive environment.

More and more sports athletics teams seem to be recording these special moments in VR as they do a great job documenting the energy of the moment. MLS recently documented their championship moments in VR. 360 videos create an immersive experience beyond the traditional 2D view and allow the viewers to be a part of the moment. Look for more championships like the one tonight being readily available in the future. Congratulations to the Clemson Tigers and its fans!