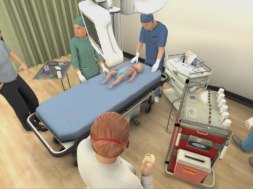 Children’s Hospital Los Angeles has begun a new initiative that opens faster, more realistic and cost-effective training in health care using virtual reality. Faced with budget cuts and staff shortages, the healthcare sector like so many other industries, realized they needed a new solution to their growing demand and waning supply of skilled physicians and surgeons. This is shortage is especially hazardous in a pediatric hospital environment, as children’s trauma has a shorter window for survival success than that of adults.

The VR simulation replaces traditional mannequin-based simulations, which are extremely expensive. Constant cardiopulmonary resuscitation (CPR) repeatedly performed on a mannequin fatigues it, and eventually it will break and need replacement. Children’s Hospital Los Angeles pays hundreds of thousands of dollars annually to train staff on mannequins and this training is also time-consuming.

In a collaboration between the Children’s Hospital LA doctors, AiSolve, UK-based specialist in artificial intelligence (AI) powered by VR, and Bioflight VR, the Hollywood-based VFX specialist, the teams have “delivered a breakthrough intelligent and responsive VR training for emergency pediatric situations.” The project is sponsored by Facebook Oculus, and employs the use of the Oculus Rift and Touch controllers. The technology can be used for consumer applications as well as social and enterprise training for healthcare and more.

According to Dr Todd Chang of the Children’s Hospital Los Angeles: “On average we need one hour to prepare a 30 minute, mannequin-based simulation, and another 30 minutes to clean up. Our organisation pays around $430,000 annually to train staff on mannequins, despite it being very time consuming as it’s the only best simulated training solution up until now. Experiential learning is among the best way to practice paediatric emergencies. We had a rather aggressive timetable and the VR simulation literally improved week by week. VR allows for the first-time experiential learning where not all the people are in the same room at the same time. It is far more flexible and students can perform the training far more often.” 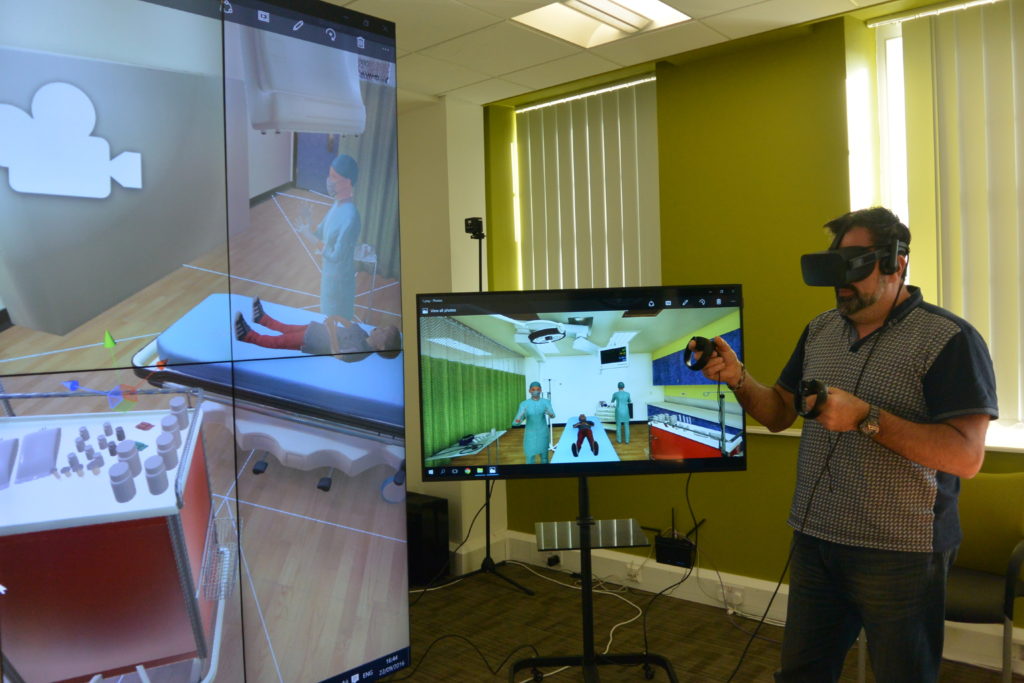 According to AiSolve’s recent press release, “the [VR simulation] scenarios were developed from real case studies provided by doctors at Children’s Hospital Los Angeles and have been transformed into intelligent and responsive content by a team of AI and VR experts who converted these real life scenarios into logic-driven screenplays with multiple options, dialogue, possible events and a variety of events that may happen during a genuine pediatric emergency. The idea is that the students will be able to practice under realistic workplace pressures and conditions within the virtual world so that they are better prepared in real-life situations.”

AiSolve CEO Devi Kolli said, “the aim of this is to prepare medical staff with the most realistic environment possible so that they experience the fast-moving, life-and-death, decision-making process multiple times and create strategies to make fast and accurate decisions for when children’s lives are in the balance.”

The project began in early 2016 and went through two prototyping developments in the same year. A fully-working model was delivered in early 2017 and the development and medical teams will continue to monitor and enhance the virtual world as more users learn with it.