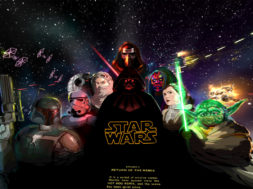 We’ve seen some unbelievable artists create some amazing artwork recently in virtual reality. Just take a look at what Disney’s master animator, Glen Keane drew in VR while on the James Corden show. He created an amazing 3D piece in VR within a span of a song. But that’s not the only cool artwork that has recently popped up. 3D artists Elizabeth Edwards, Anna Dream Brush, Micah404, 3Dominus, Vladimir Ilic, and Estella Tse have come together to create a fully immersive 360 Star Wars painting in VR just in time for Star Wars: The Last Jedi.

In this epic painting you’ll see Darth Vader in the center with red glowing eyes. To the right of him are Darth Maul, Leia, and Yoda. To the left of him is Rey, a storm trooper, and Boba Fett. On top of Vader is Kylo Ren with his signature lightsaber.

Behind the characters you can see the Death Star in the distance in space. You also see tie fighters engaging in combat with the X-wings while the AT-AT walkers are shooting at something on snow.

In the video you can see how much work and attention to detail went into creating this art piece. These digital paintings aren’t simply 2D images. Rather, they are 3D which can be viewed in a 360 angle. This type of artwork provides depth and detail and 2D images simply can’t provide.

The 3D artists used a VR app called Tilt Brush to paint this Star Wars image to life. The artists all focused on certain characters and areas to draw.

Here you can see the different areas in which the individual artists worked on to make this epic Star Wars VR painting come to life. 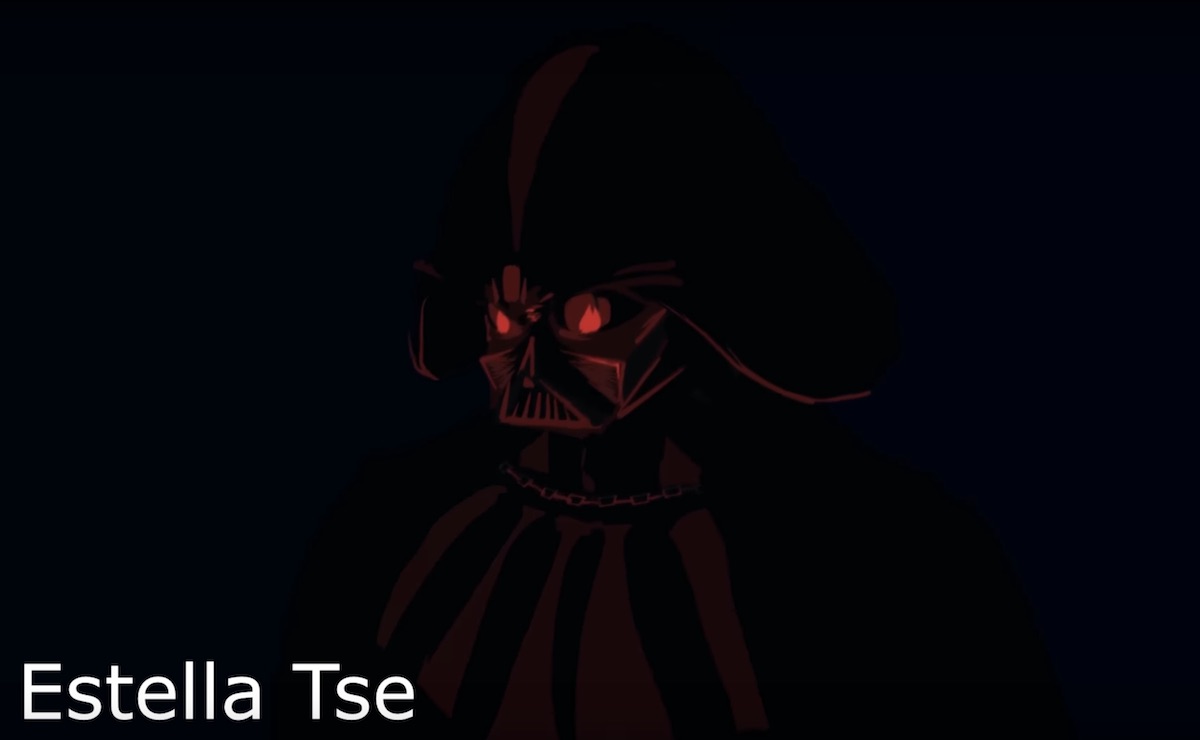 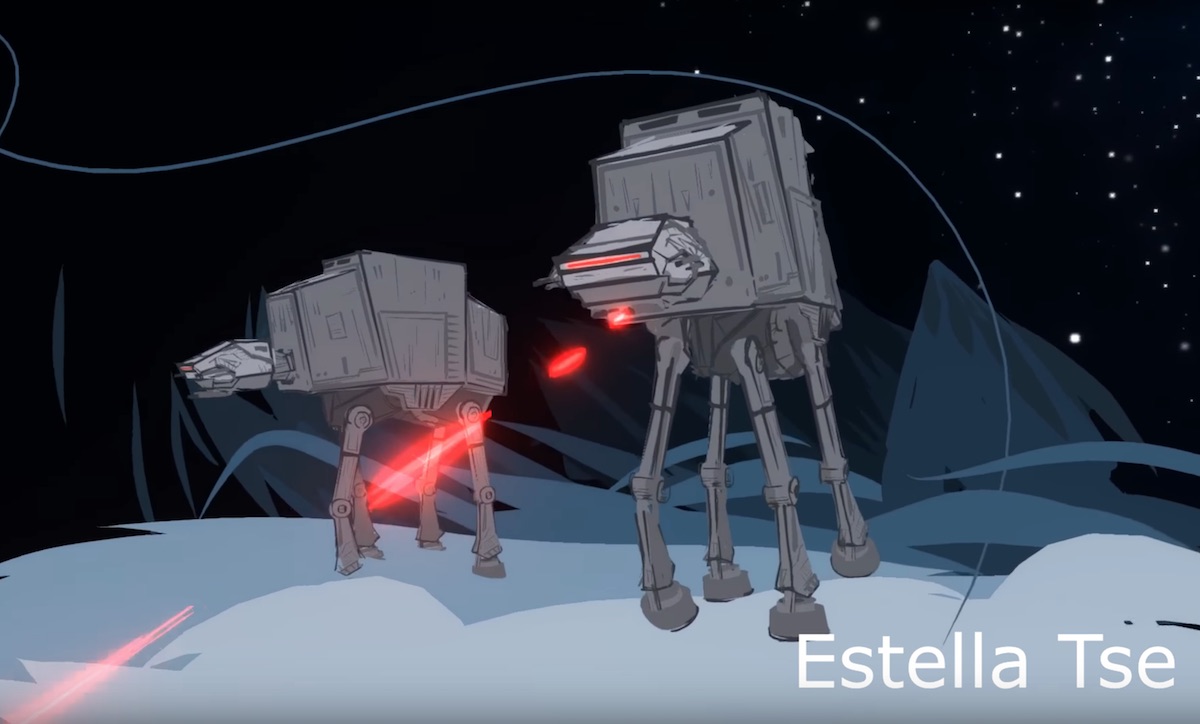 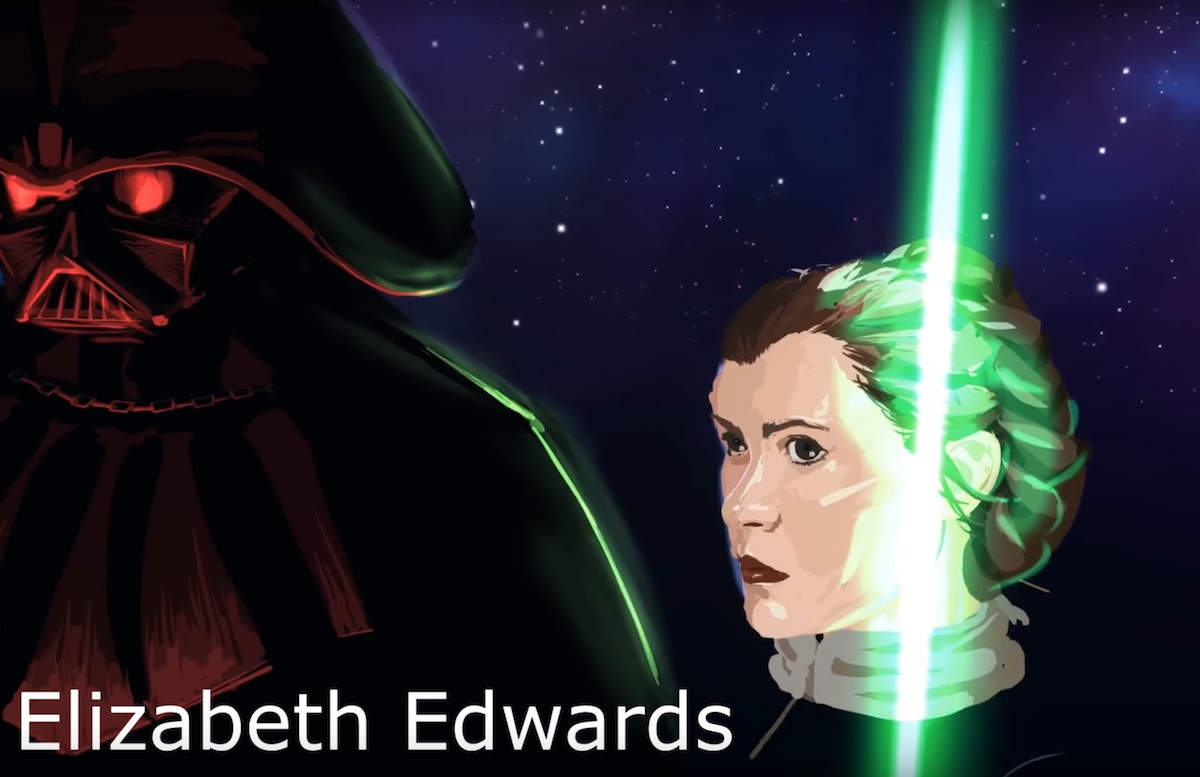 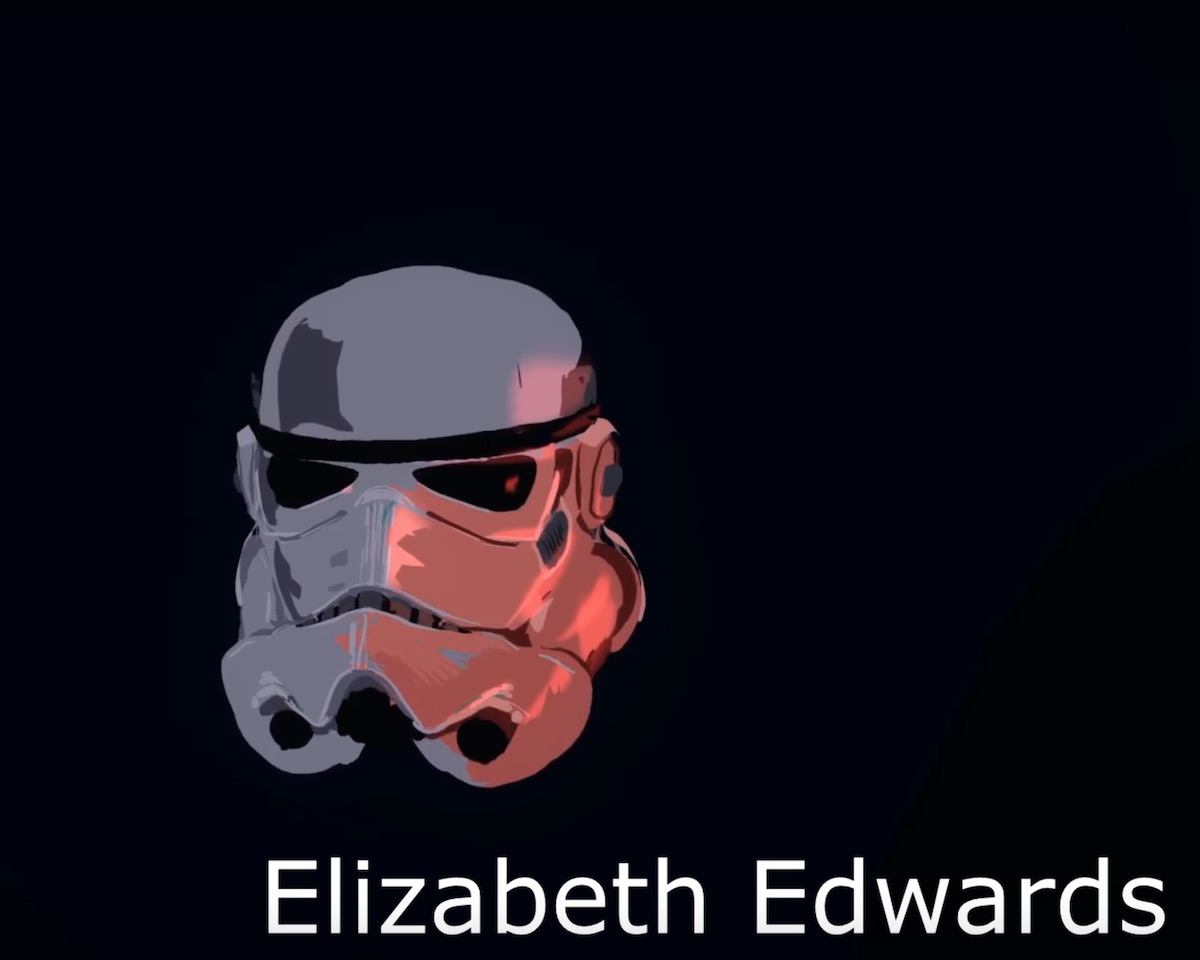 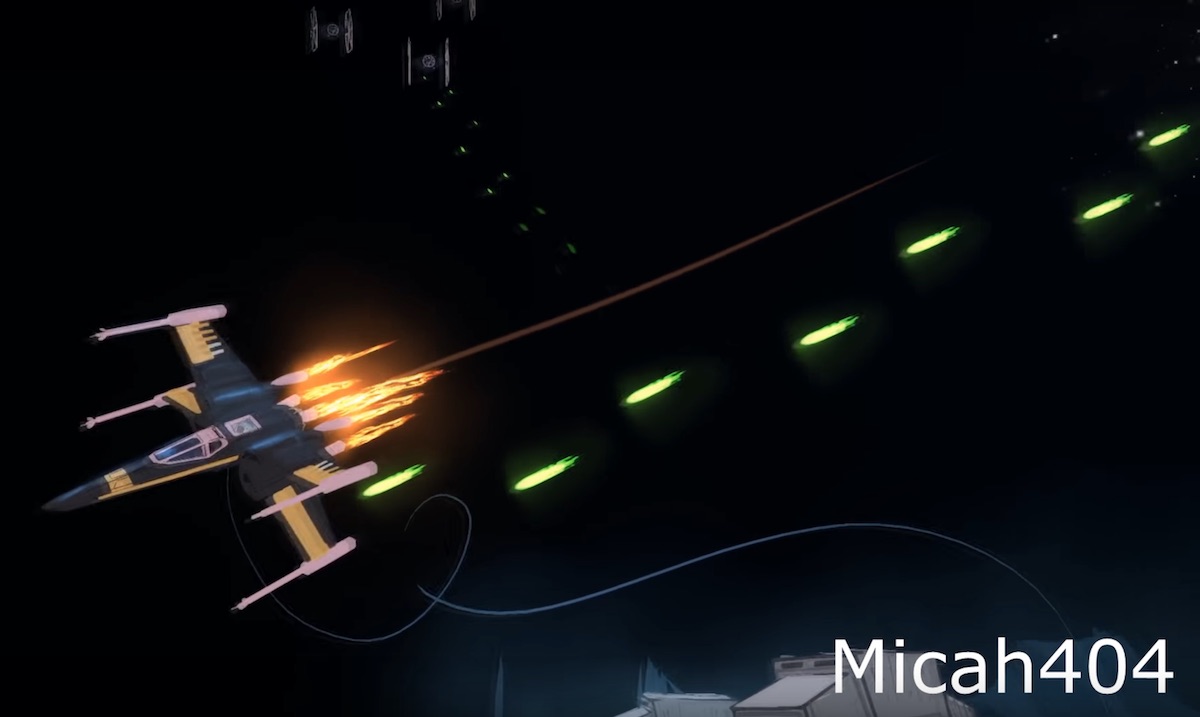 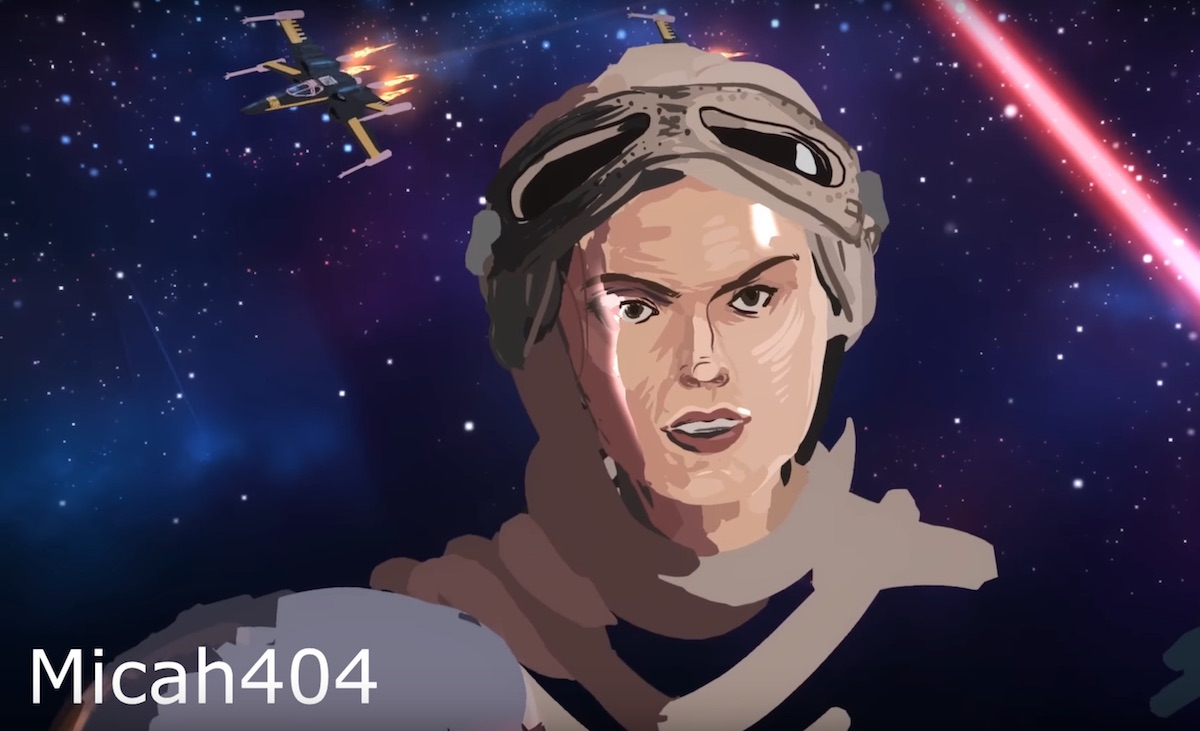 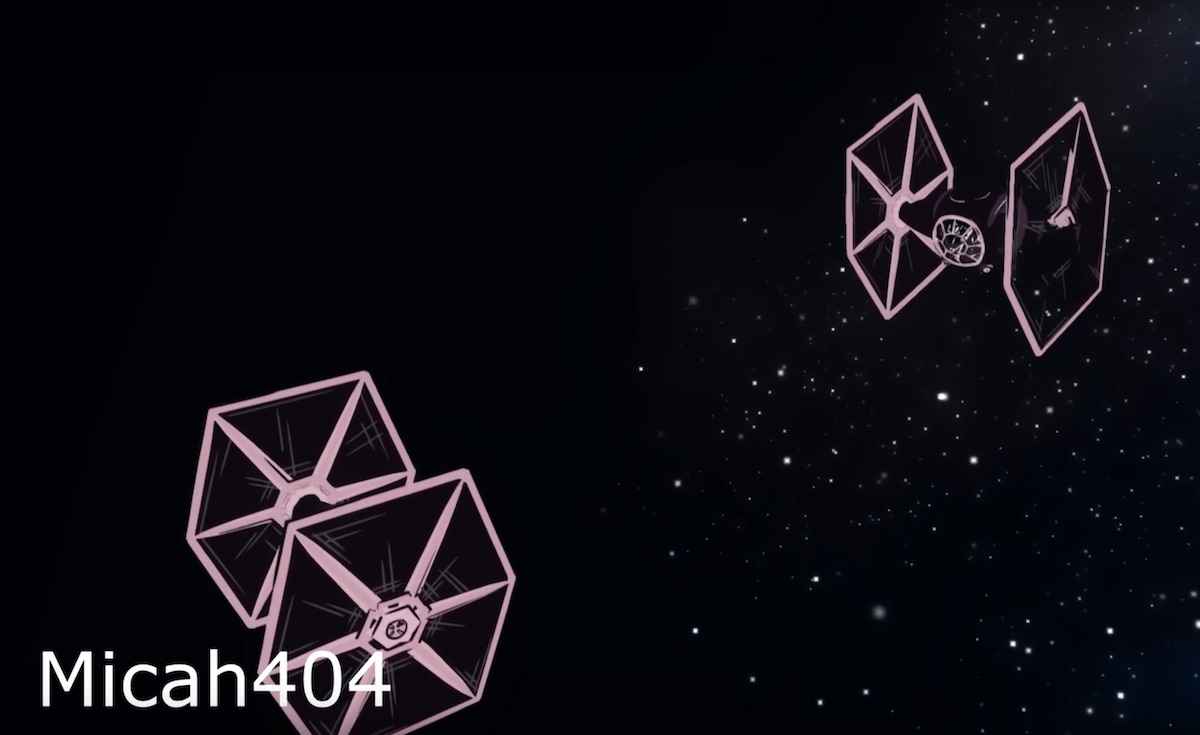 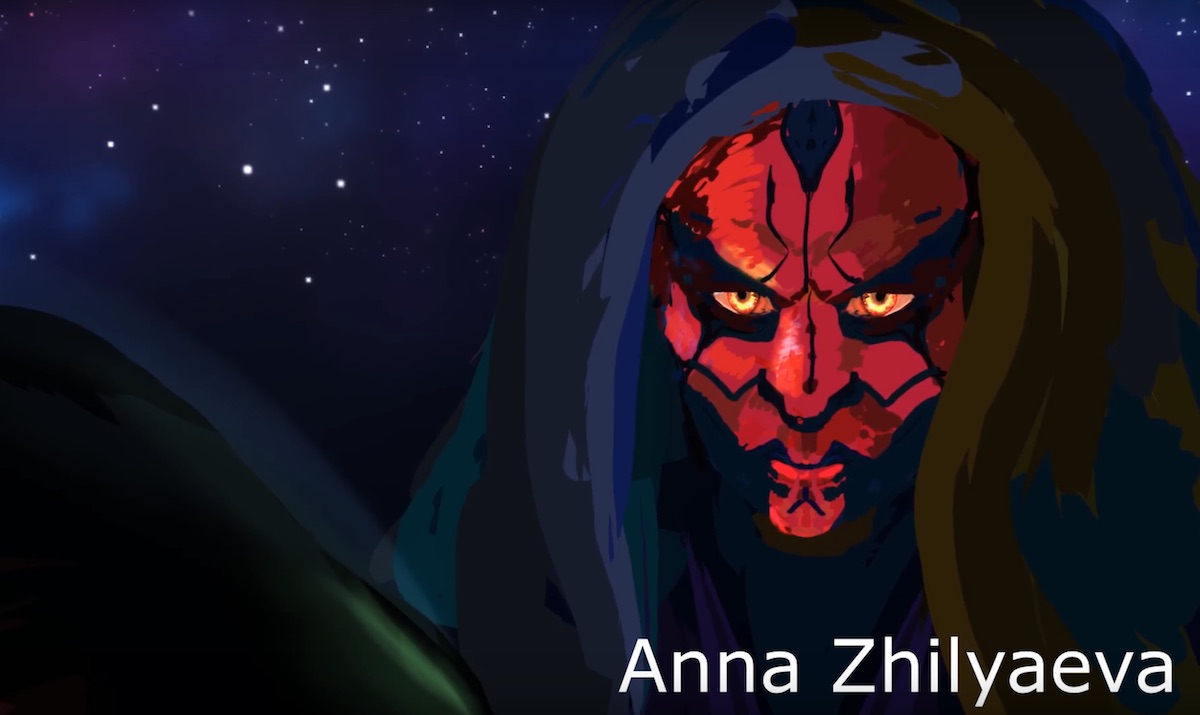 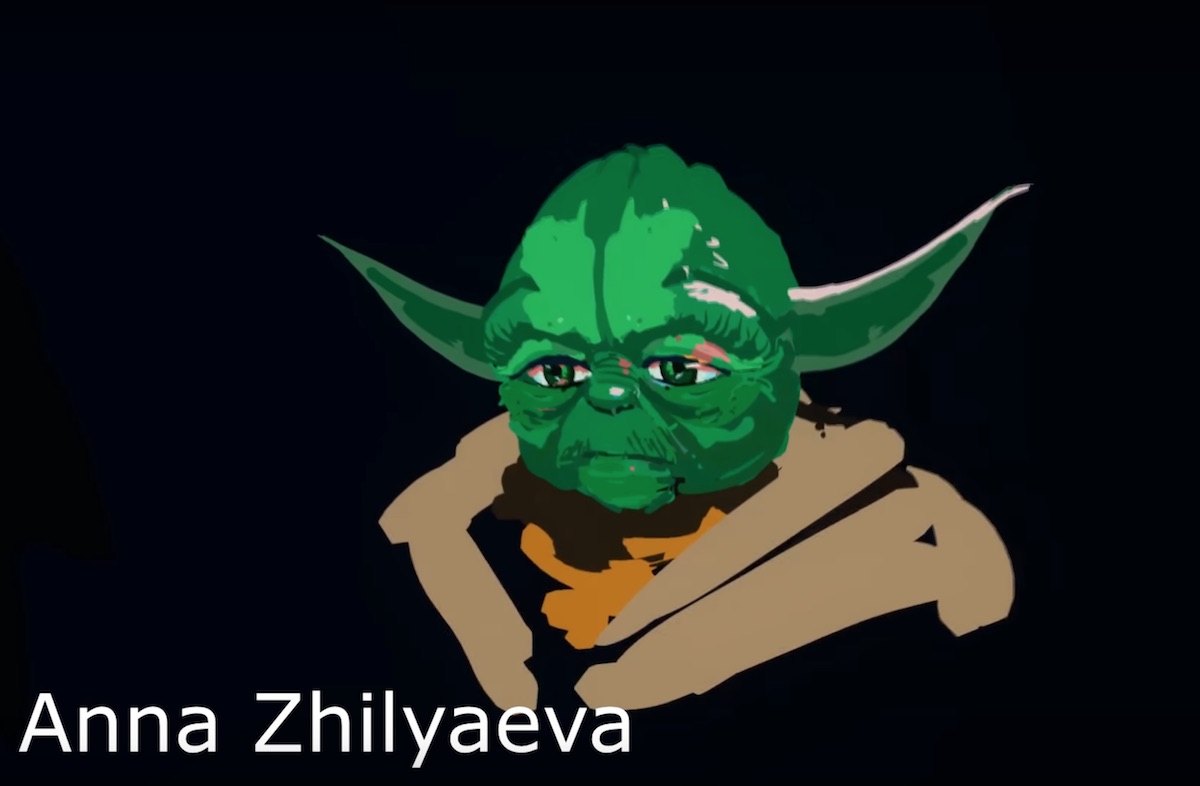 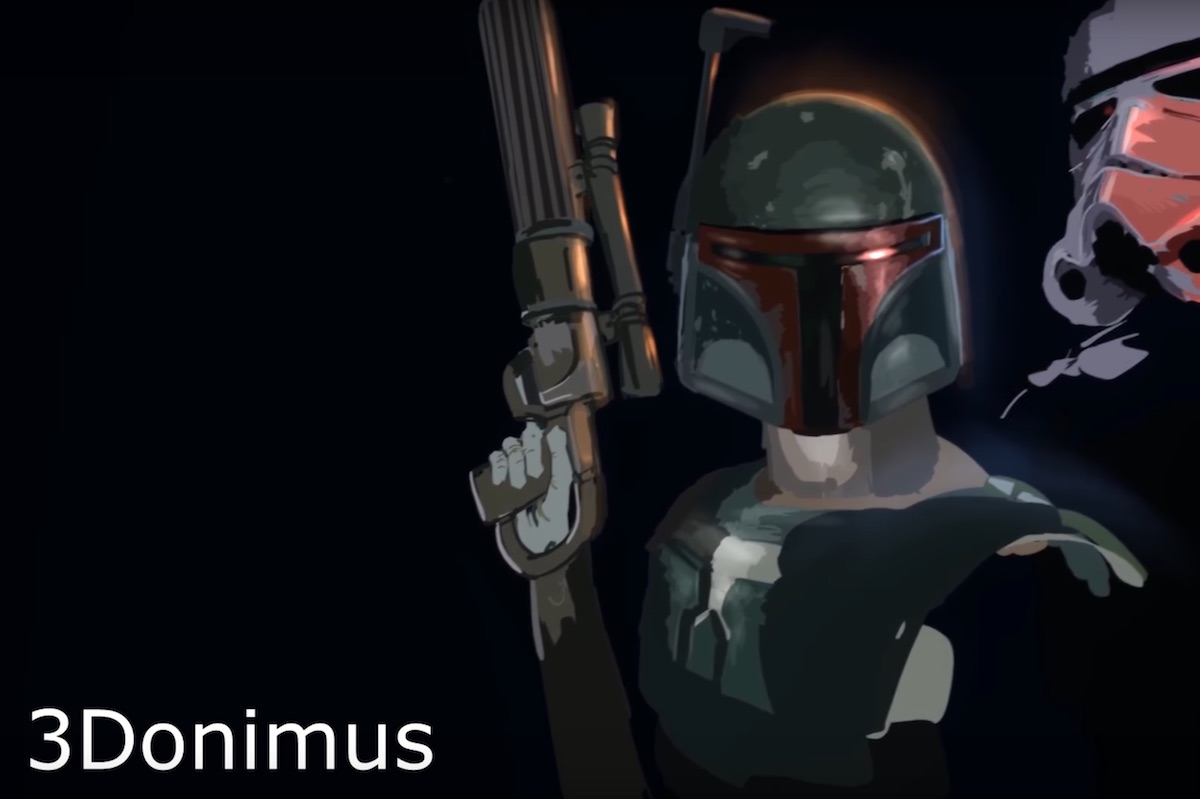 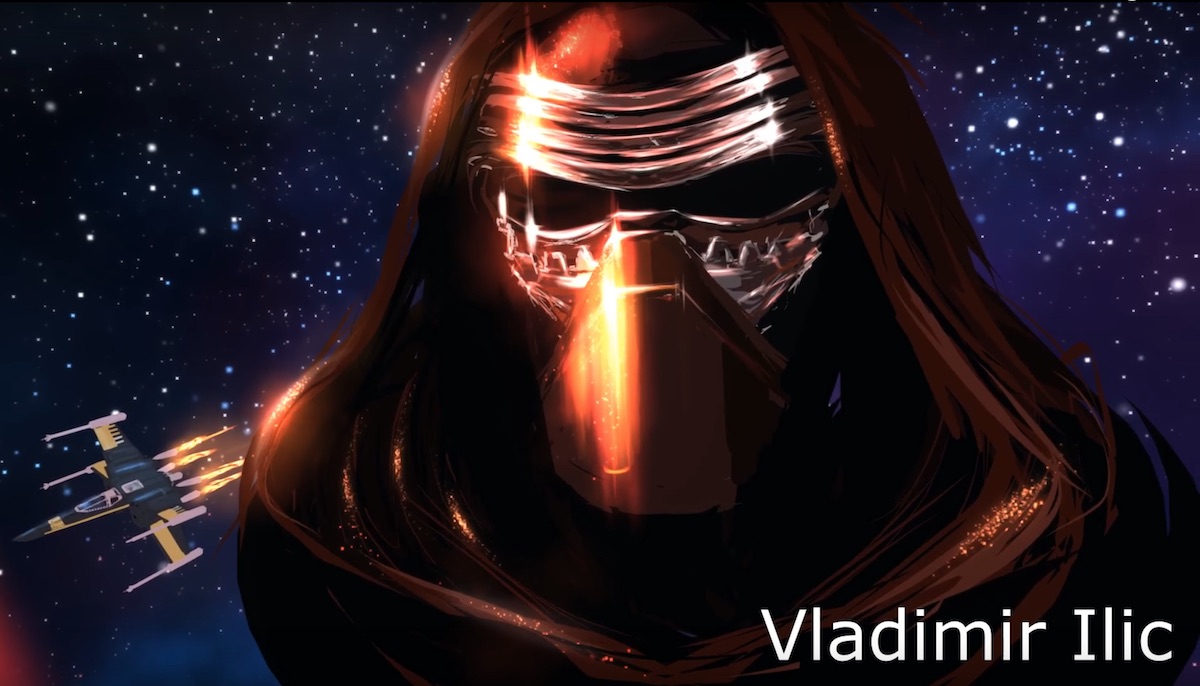 You can check most of the 3D images of these Star Wars here. What are your thoughts on this 3D VR painting? Let us know.