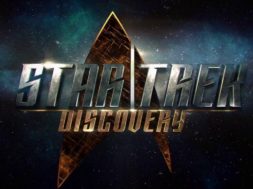 This upcoming May, CBS will be debuting Star Trek Discovery. And to amp up the upcoming series, they released a 360 VR video displaying it in all its glories (kind of). The video is quite short but has large excitement behind it. In the 360 video you’ll be leaving a large space station which looks to be orbiting Earth. Right after departure you’ll be able to see the U.S.S. Enterprise on the left and hover around the station until you reach the backside of a spacecraft.

Star Trek Discovery will be the first Star Trek series since Enterprise which concluded in 2005. Discovery follows the journey of the USS Discovery crew from one of the arks in Star Trek. They say its roughly a decade before the events of the original Star Trek series. The executive producers of the upcoming show are Alex Kurtzman and Bryan Fuller.

Some of the cast members confirmed:

Expect to see a couple more 360 VR experiences before the premiere of the show on CBS. This 360 VR video can be seen in VR by using the Google Cardboard or Daydream View VR headsets.