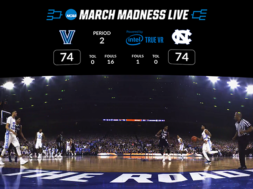 The March Madness NCAA Basketball Tournament is always a spectacle to watch. As one of the most viewed sporting events in a calendar year, The amateur student athletes compete for the coveted title and trophy of being the best college basketball team. This year, Oculus has teamed up with the NCAA to broadcast some of the games live on the Samsung Gear VR.

This is actually the second year that Oculus has partnered with the NCAA to broadcast March Madness games. The partnerships include Turner Sports, CBS Sports, and Intel on top of the deal. With the broadcast in an immersive 360 environment, you’ll have command to of watching these athletes compete in any angle you wish. With the simple turn of the head, you can face which ever direction you wish. This is similar in concept to what NextVR does with sporting events.

And being that the broadcast will be viewed through an Oculus app, you’ll have abilities to customize some features. You can choose to decorate the virtual locker room with your favorite team’s logo and gear and even display jerseys of your favorite student athlete.

There will a total of six live VR games you can tune into during the march Madness tournament. These games include  including the Sweet 16, Elite Eight, Final Four, and the Championship game.

To watch a live broadcast from one of these games, you’ll have the options of either choosing a silver ticket or gold VIP access ticket. The silver ticket will cost $1.99 per game that provides a single camera courtside option with featured commentary by a CBS broadcaster. The gold VIP access package will cost $2.99 per game or $7.99 for all six games including multiple camera angles and a dedicated game commentary specific to the VR experience. 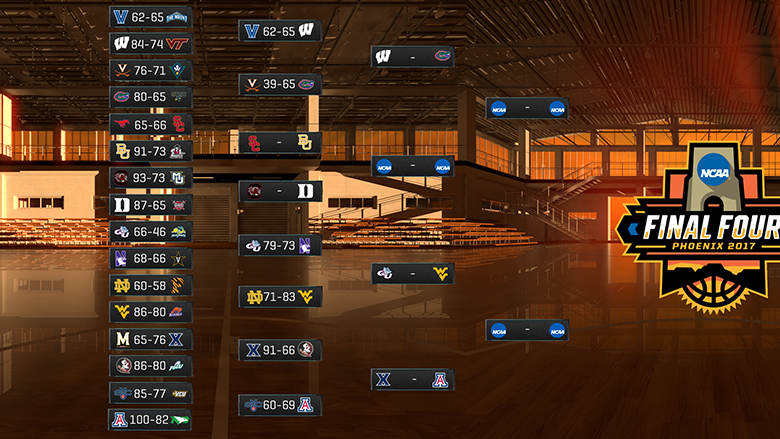 If you don’t get a chance to watch the live broadcast in VR, you can access highlights from all six games for free in VR settings. Additionally, you’ll have access to a newly designed bracket view, specifically built for the VR space. There will also be more features to go along with the app.

To stay up to date on the games, you can sign up for Oculus Events to receive notifications the morning of each game, right up to tip-off. This is definitely an exciting new way to watch March Madness in VR settings.