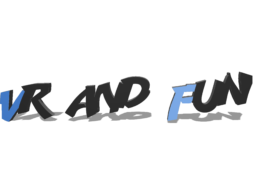 VR & FUN will be attending many conferences, festivals, and events this year. We focus on covering VR + AR + Fun events throughout the year. You will be seeing the latest news and information coming live from the events themselves. Below is a quick schedule to the major events we will attend in April and May.

VRLA is one of the forefront conferences in California with hundreds of VR + AR companies in attendance. There will be much to be covered and listed from the event.

VR & FUN will be covering the lifestyle of musicians, artists and the latest technology used to cover the festival. Look for major news to come out from this event, including some fun action packed experiences!

Tribeca Film Festival is one of the big three film festivals in the world. We will be covering the latest projects and movies to debut at Tribeca. Expect a lot of news to be covered from this event.

Cannes Film Festival is one of the big three film festivals in the world. Taking place in Cannes, France, expect to see some amazing stories and updates to come from the festival.

VR & FUN is excited to meet anyone and everyone that’ll be at these events. Let us know if we should attend any other events during the months of April and May!