Cartoon Network Journeys VR Is Set To Arrive In October 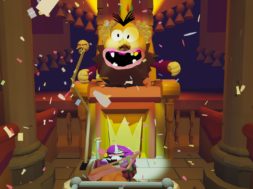 Cartoon Network Journeys VR Is Set To Arrive In October

Cartoon Networks will be launching a brand new VR experience called Journey’s VR and it is set to arrive some time in October.

Cartoon Network is one of the most beloved channels for hosting some of the greatest shows on television. Now they look to journey into the VR territory with a brand new experience which will incorporate three original stories that provide a glimpse into other worlds.

This includes saving your colony from collapse as a one-winged bee, entertaining the king and his subjects as a jester of the court, and completing metaphysical lessons to become Supreme Deity of the Cosmos.

You can see how the animations will look and some of the characters you will encounter in this journey. And knowing Cartoon Network, there should be some bit of humor behind the three stories.

As an outcast one-winged bee, you must save your colony from impending collapse by teaming up with your pollen companion, Penny. Explore the garden, solve puzzles, and discover secrets beyond the hive.

You are trying out as jester of the King’s court. As jester-in-training, you are presented with a series of escalating props and puzzles. The more the King laughs, the more jealous his personal bard becomes. If your comedic acts fall flat, prepare to become dragon food.

You have been summoned to the cosmic plane to become a potential replacement for Kosma, The Supreme Being, who is in desperate need of a vacation. Complete four metaphysical lessons of the cosmos and take your place on the celestial throne.

Cartoon Network Journeys VR will be available for both the HTC Vive and Rift platforms in October this year of 2019.