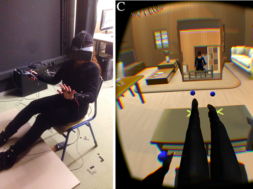 Virtual reality is currently being used in many extraordinary ways and applications outside of the gaming spectrum. For example, Mel Slater from the University of Barcelona has been studying the effects of using VR as a tool to change people’s attitudes about death. Slater and her colleagues have been conducting an experimentation with how people would cope “out of body” experiences through the immersive platform.

How the study was conducted:

Immersive virtual reality can be used to visually substitute a person’s real body by a life-sized virtual body (VB) that is seen from first person perspective. Using real-time motion capture the VB can be programmed to move synchronously with the real body (visuomotor synchrony), and also virtual objects seen to strike the VB can be felt through corresponding vibrotactile stimulation on the actual body (visuotactile synchrony).

This setup typically gives rise to a strong perceptual illusion of ownership over the VB. When the viewpoint is lifted up and out of the VB so that it is seen below this may result in an out-of-body experience (OBE). In a two-factor between-groups experiment with 16 female participants per group we tested how fear of death might be influenced by two different methods for producing an OBE.

In an initial embodiment phase where both groups experienced the same multisensory stimuli there was a strong feeling of body ownership. Then the viewpoint was lifted up and behind the VB.

Fear of death in the experimental group was found to be lower than in the control group. This is in line with previous reports that naturally occurring OBEs are often associated with enhanced belief in life after death.

In the experiment, participants were first embodied in their virtual-self in the VR space. There was synchronous visuomotor correlation between real and virtual body movements, and visuotactile synchronous correlation—between virtual balls seen to be striking the body and vibrotactile stimulation on the corresponding body part. This created the illusion that the body in the virtual world was the participant’s own. And after this illusion took hold of the participants’ minds their perspective was shifted from first person to third person, making it seem as if their visual perception had been lifted out of their body. 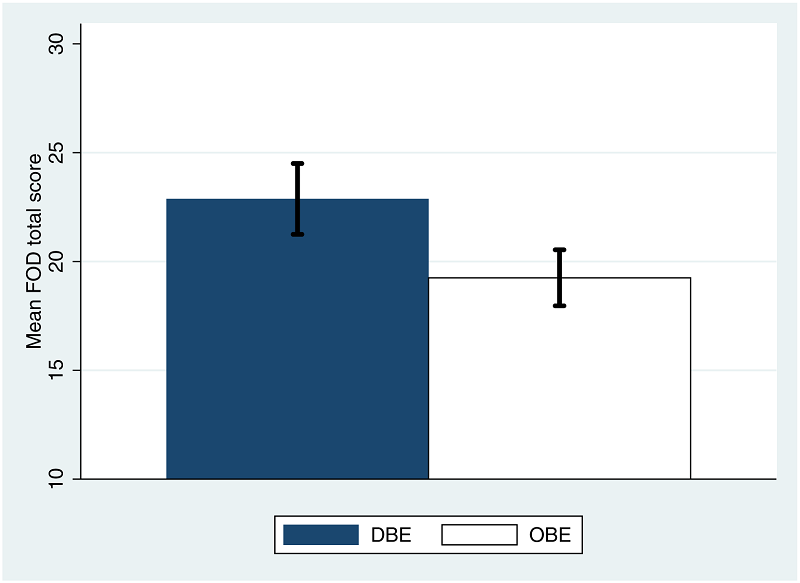 Mel Slater’s team experimented this study on 16 women while holding an additional 16 women as a control group where they weren’t induced with an out-of-body experience. After the simulation, studies showed that the participants had lower levels of “Fear of Death” (FOD) than the control group. “The findings provide implicit evidence that it is possible to separate consciousness from the body, which may have the impact of changing attitudes towards death,” said Slater to psypost.

While the research is still in its preliminary stages, it showed the impact in which VR can create.