You Can Now Download A World of Warcraft (WoW) VR Mod 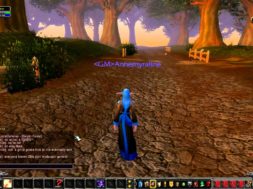 You Can Now Download A World of Warcraft (WoW) VR Mod

World of Warcraft (WoW) was one of the biggest RPGs to ever exist when it first released on PC. Millions of fans worldwide played the addicting game including notable celebrities such as Mila Kunis and Henry Cavill (Superman). Now, you’ll be able to play this game in a more immersive setting thanks to the release of a WoW VR mod.

Released by a user named emenzed, you are now able to transport yourself into the fantasy world and roam the lands while embarking on epic quests.

emenzed describes this mod as:

This is a tool to add headtracking with OpenVR for World of Warcraft private servers. It is intended to be used with TriDef and Virtual Desktop. Versions 1.12.1, 2.4.3 and 3.3.5 of the WoW client are supported.

Warning: this is not a polished VR experience – you will probably get motion sick from some functions, and there are still some bugs. For the most part, it works ok. Cheat Engine and a python script are used to edit the game’s memory to add headtracking. There is some judder when moving the headset due to the very hacky nature of this method, unfortunately. I am not sure how to solve this.

This is indeed the real game and is actually being played on a private server. Players will have access to first and third person views. The mod isn’t an official release by Blizzard so you will find some bugs and clunkiness to it.

You can download the WoW VR Mod here if you want to give it a try.

There are other various mods out there that have brought out great joy such as the Quake II VR Mod, lightsaber mod for Robo Recall, and the Half-Life 2 VR Mod for HTC Vive and Oculus Rift.

Make sure to give this one a spin if you are a fan of World of Warcraft.