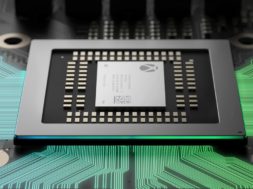 There’s been a lot of speculation going on in regards to Xbox’s upcoming console named Project Scorpio. Microsoft has teased us with little snippets and trailers but have yet to state anything concrete (when it comes to specs). In a bit of a surprise, Microsoft has decided to release the system’s specs ahead of the full reveal happening at E3 2017.

On Thursday April 6, 2017 @ 9AM EST/2PM UK, Microsoft will be revealing the much anticipated information behind Project Scorpio.

Xbox has teamed up with Digital Foundry to reveal the specs through eurogamer where we will truly see how powerful the console is. The VR community has been wondering for a while if Scorpio can properly handle the quality VR content found on PC based VR headsets.

To clear up the speculation: @digitalfoundry will have an exclusive Xbox Scorpio reveal on @eurogamer this Thursday at 2pm UK / 6am Pacific. pic.twitter.com/S6xxT2YCcn

Microsoft has initially claimed that the new upcoming system will bolster:

Microsoft has also claimed that the price of the Scorpio will run at premium levels for console systems, which is speculated to be around $600. There will be more information to follow. Stay tuned.