Breaking: AltspaceVR Is Shutting Down 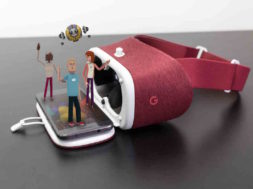 Breaking: AltspaceVR Is Shutting Down

Today in breaking news, AltspaceVR has announced that it’ll be shutting down its doors on August 3rd, 7PM PST. The company has stated that it has run into unforeseen financial difficulty and that they can’t afford to keep the virtual lights on anymore. This is quite surprising as they’ve been hosting many notable events including Bill Nye The Science Guy.

You’ve made AltspaceVR one of the best places to be in VR (or on the internet). I won’t try to write down all of the memories that are flooding my heart right now of all of the laughter, puns, fun and friendliness that existed in this community. There have been spontaneous concerts, new friendships, marriages, surprise serenades (looking at you Shoo Shoo!) and too many warm hugs from Claire to count. We hosted so many firsts! And we still have the record for most people in VR at one time (were any of you there at Reggie’s first performance?). We’ve also seen so many community members come into their own and host karaoke nights, improv, movie nights and meetups for people all across the globe.

We are all humbled by what you made of this virtual oasis. Thank you for spending your time building, hosting, and making the best community we could have wished for. Please take the next week to make sure those connections live on past AltspaceVR. Because if you do, then what we built will really live on.

There have been many tears and there will probably be a few more to come. I’ve given up wiping off the mist that clouds my headset. Please join us for a final farewell party on 8/3. At the end of the party, we will be shutting down AltspaceVR.

We’re a venture-backed startup.  We had a supportive group of investors that last gave us money in 2015.  It looked like we had a deal for our next round of funding, and it fell through.  Some combination of this deal falling through and the general slowness of VR market growth made most of our investors reluctant to fund us further.  We’ve been out fundraising but have run out of time and money.

Is it because the product wasn’t working?

We sure don’t think so.  Around 35,000 people use our product every month, which we think is pretty good for the size of the VR market.  The average user spends 35 minutes a day in AltspaceVR, and in big events we typically see around a thousand attendees.  We have active developer and event organizer communities and have attracted marquee partners for our events.

What about AltspaceVR the company?

We’re not really sure yet.  The amazing people that worked at this company created some awesome technology – things that we think will be foundational to the future of social VR.  We’d love to see this technology, if not the company, live on in some way, and we’re working on that.

AltspaceVR has provided the VR community with a safe, fun environment and we wish the team the best of luck. AltspaceVR will be throwing a goodbye party on August 3rd at 5PM PST. Make sure to jump on and say the final goodbye.