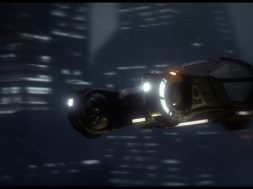 Oculus has informed us that Blade Runner 2049 Memory Lab will be releasing on the Oculus Rift some time next week. The game follows the storyline from the recent movie featuring Harrison Ford and Ryan Gosling in a futuristic dystopian society overrun by bio-engineered human beings.

In the VR game, you’ll play as a Blade Runner who, after the violent ending in Blade Runner 2049: Replicant Pursuit, reports to the Wallace Corporation’s Memory Lab at the Wallace Corporation for incident analysis. With the help of a holographic AI similar to the character of Joi in the movie, you’ll explore your memories of the event, reconstructing and interacting with them as you uncover a mysterious conspiracy.

Blade Runner 2049 Memory Lab was developed by an LA based studio called Magnopus. The VR game will allow you to utilze your Touch controllers on the Rift. The content itself was filmed using Microsoft’s holographic capture rig which produced some fantastic visuals and characters.

The trailer above show the blend of real human actors in the virtual world. You can see the ballerina dancing in the streets which is similar to how the movies portrayed the futuristic world using augmented reality technology. The game is said to provide a few quality hours of storytelling where you can discover secrets about the Wallace Corporation.

Make sure to stay tuned as the upcoming Blade Runner VR game will be available some time next week. We thoroughly enjoyed playing the game. It was cool to explore the Blade Runner world in VR and be a part of society dictated by technology and AI. Blade Runner 2049 Memory Lab is quite immersive and recommend Rift users give it a go as you won’t be disappointed. We will provide an update early next week on the specific date of the launch. Tune in tomorrow for the list of the newest VR games available on the Oculus Rift.