Björk Will Be Bringing Her VR Exhibition to Los Angeles 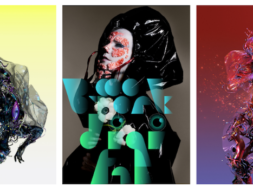 Björk Will Be Bringing Her VR Exhibition to Los Angeles

The famous Icelandic musician Björk Guðmundsdóttir, more notably known as Björk, will be exhibiting her VR assemble in Los Angeles this upcoming Spring. The Björk digital exhibition comes in conjunction with an orchestra-backed performance, inner-threaded with a powerful VR experience from her recent album called Vulnicura.

It’s quite interesting to see how modern musicians are using VR to display their work of art. We get to experience what these artists are perceiving with sound and dive into their creative minds through the virtual reality medium. Björk digital will be exhibited in the Magic Box at The Reef where you’ll witness some VR videos from the recent album such as Notget, Family, Stonemilker, and Mouth Mantra.

The Björk digital exhibition is an ongoing tour that made its debut at the RBMA (Red Bull Music Academy) Montreal in August of last year. It has made tremendous impact in the community to where Björk took her work to Royal Alber Hall in London.

Björk will be exhibiting a powerful and experimental VR showcase with the Björk digital exhibition in LA. if you are in the area, we definitely encourage you to go check it out.