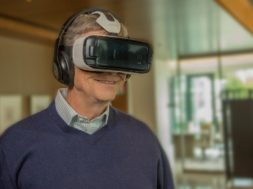 Bill Gates has a new channel on Samsung VR called Gates Notes where tackles some of the biggest issues around the world. He’s tweeted about his activity in the VR realm (see below) and with the release of the first several videos, it’s clear he wants to use this platform to bring global issues to light. 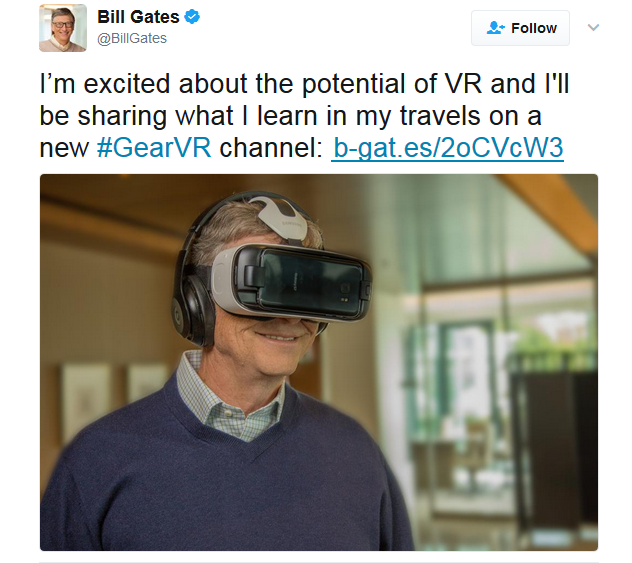 In his latest video, Small Innovations — Big Impact, Gates invites viewers to play a virtual game of “hide and seek” to see if they can “find” the technological developments that contribute to public health progression. Within a few seconds into the video, the viewer becomes aware of that many of these the advancements are not what they would have guessed, as it’s pretty difficult to pick out the object that is “hiding”. Gates explains that people are overly critical on the state of the world, assuring us that we are in a healthier climate than we may believe. From fortified flour sitting in a typical African kitchen to chickens (yes, apparently raising chickens can double a farmer’s economic gain in Africa) it becomes clear that we might not know as much as we think we do about the world. (I have to admit, I certainly didn’t know that chickens had such an impressive ROI!)

Gate’s selection of the Samsung Gear VR is very “on brand” with his philanthropic goal of bringing knowledge to the masses. At a lower price point, it’s more accessible than the higher end Oculus Rift and HTC Vive. This is a growing trend, as we’ve seen news shows, mini-documentaries, and short films cropping up for Samsung’s Gear VR.

Gates has not made an official announcement about a set recurrence for his posts, but we will definitely be tuned in to report the latest news. Be sure to check out his other videos here.