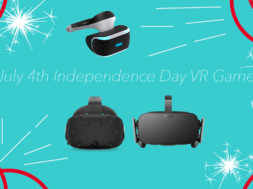 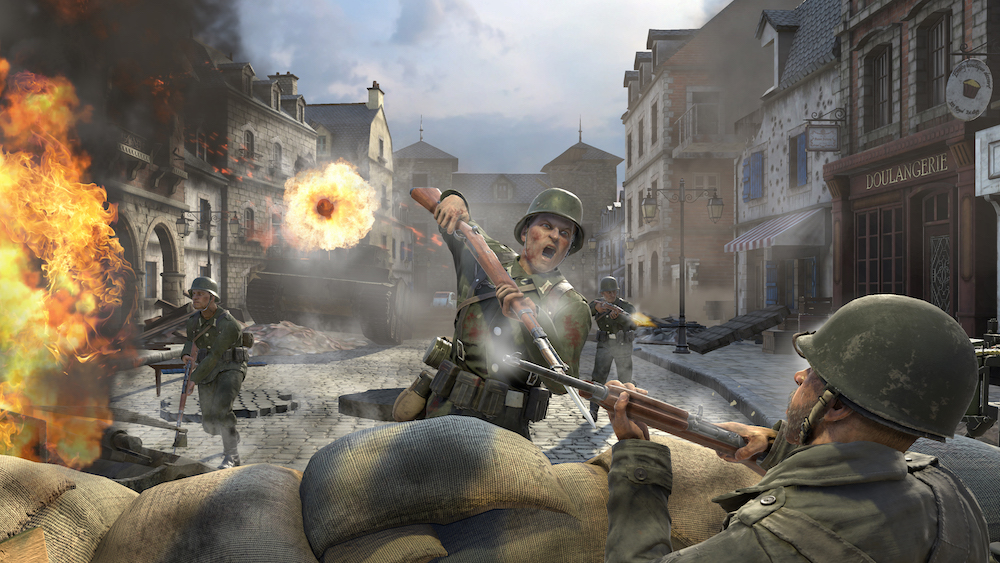 What better way to celebrate Independence Day than to take down some enemies with heavy artillery. In Front Defense you’ll be well-equipped with some explosive weaponry that’s sure to set off some fireworks in this immersive experience.

Front Defense is available today for $19.99 on Viveport. The VR game is currently an exclusive title for the HTC Vive. 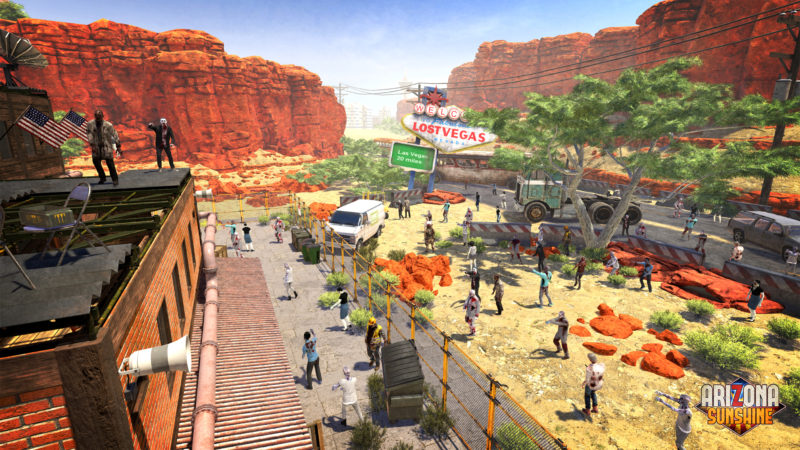 Another VR game on our secret July 4th Independence Day VR Games list is Arizona Sunshine. This particular title has brought us many joyous moments in VR where we were able to take down hordes of Zombies (an American thing to do).

This game also prepares you with fire-arm that’s designed to mow down the oncoming undead. Vertigo Games, the creators behind Arizona Sunshine, have also released a new update called Undead Valley. In this update, players are required to adjust their play style to a new environment in which they need to keep moving to use the verticality of the map and its surrounding outdoor areas to their advantage. In this new map, players will be able to gradually open up their playground by finding keys to locked doors and blowing up any obstacles that are in their way. More weapons, hidden ammo spots and key tactical positions that they will need to keep the horde at bay will become available as they progress through the map.

The game is available on Oculus Rift, PlayStation VR, and HTC Vive. 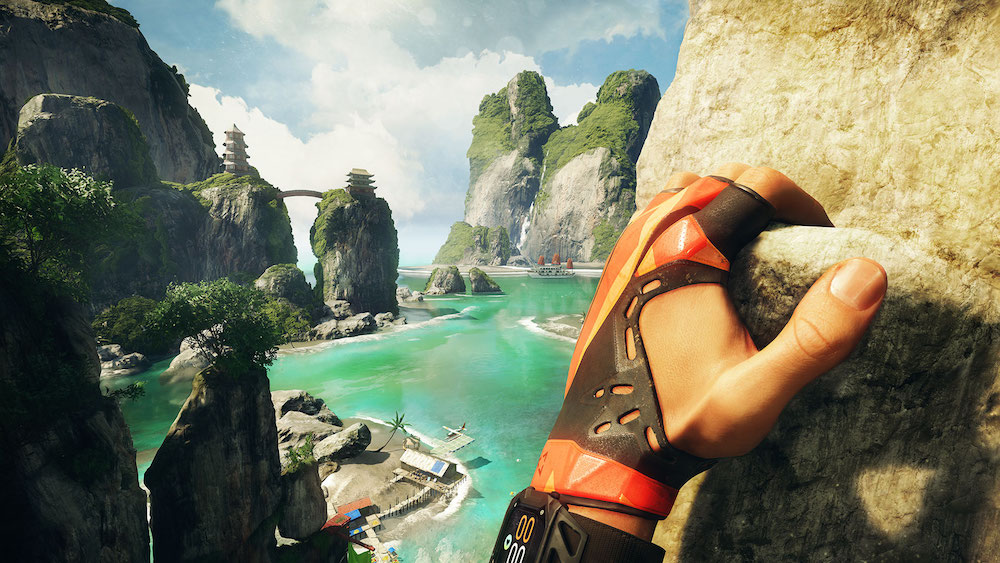 A scenic view is essential during 4th of July and we thought that The Climb provides the best representation of that. In this game you’ll be climbing huge heights in extreme terrains while overlooking some beautiful scenery. You can almost feel the breeze of being in these exotic places. The Climb is currently on sale for $24.99 at the Oculus Store. 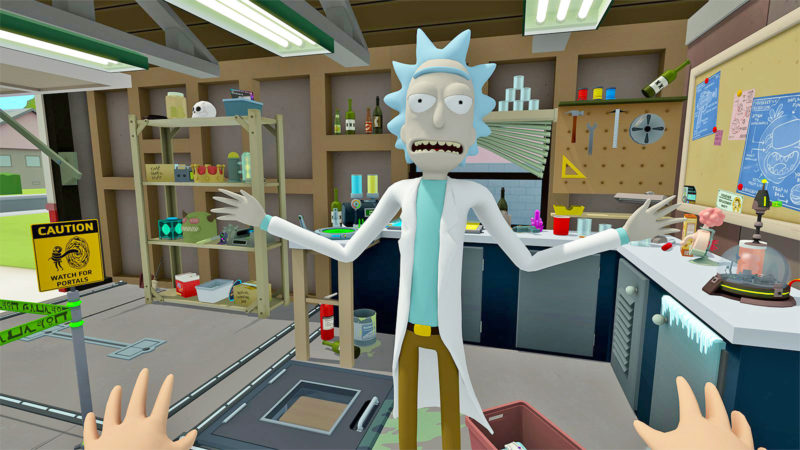 There’s no way you can leave Rick and Morty: Virtual Rick-ality off this list. Created by Owlchemy Labs, you have the fortunate (or the unfortunate) chance of hanging out with Rick and Morty in the virtual world. You’ll be tasked with many different missions to help them figure out the mysteries of the universe. Included in this particular VR game are my favorite characters, Mr. Meseeks. The Rick and Morty VR game is currently on sale for 23.99 on Steam. 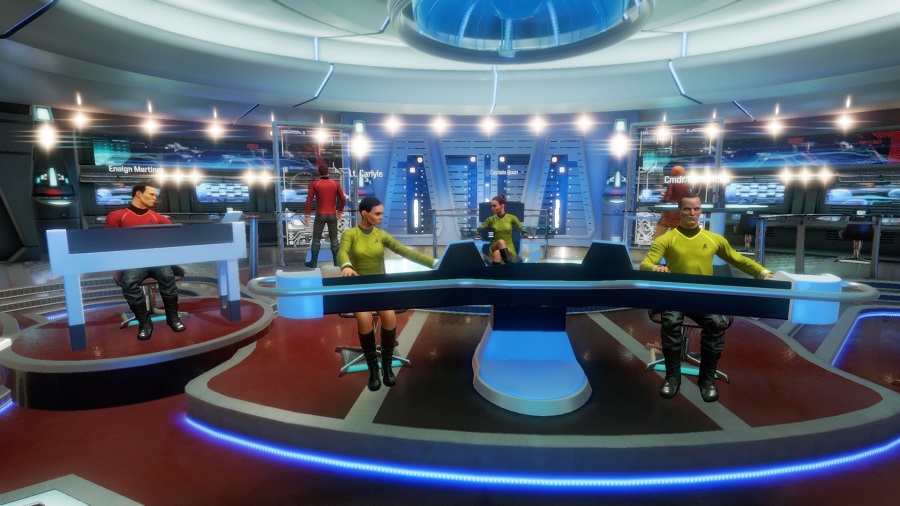 Star Trek: Bridge Crew by Ubisoft is another one of our favorite VR games that had to be included into the list. Star Trek is a widely loved franchise made with love from Gene Roddenberry, an American screen-writer. This particular game is played in VR with your close compatriots in saving the galaxy. You and your friends will be commanding the U.S.S. Aegis against the The Klingon Empire to protect the galaxy.

Star Trek: Bridge Crew is available today on Steam and Oculus Store for $49.99.

Hope you enjoy these games that have made VR so special. Make sure to tell your friends about the “July 4th Independence Day VR Games” list.