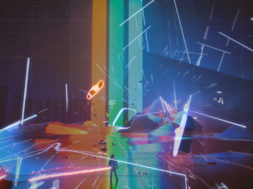 Beat Games now owned by Facebook has just released a new free song called “FitBeat” to keep you energized during these quarantine times.

The new song with its high pumping BPM provides both standard and 360/90-degree levels for user personalization.

According to Jaroslav Beck (Beat Games co-founder and Head of Music) he got the new song’s inputs for FitBeat during his livestream where he was actually making the song.

Beat Saber is still one of the highest rated games on Steam when it comes to ratings. The game was “officially” fully released on May 21, 2019 and has amassed over 30,000 reviews with over 96% being a positive rating.

Beat Games continues to push out new track titles with collaborated artists to have new content for its users.