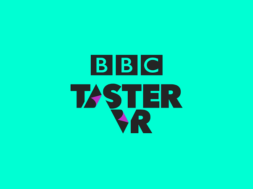 BBC has recently launched a new experimental VR app called Taster. This particular app is designed to test BBC’s experimental ideas through a trial period where individuals can log in and check out the various ideas posted by the company including immersive 360 VR content.

“BBC Taster VR will be a fantastic showcase for some brilliant new commissions, as well as some new takes on some of the best BBC Taster VR experiences to date,” said Andy Conroy, Controller of BBC Research and Development. “It gives audiences cutting-edge mobile VR experiences from the BBC and, crucially, gives our editorial and technical teams even greater insight.”

Taster will include some of the most iconic shows from BBC such as Planet Earth II. You’ll have access to exclusive VR content from the show where viewers can choose their path through the story.

One of the first pieces of VR to be published in the app is a trailer for upcoming BBC Three feature-length documentary One Deadly Weekend in America. This VR trailer will take you on a virtual experience about gun crime, immersing you into an American street scene where clips from the documentary play around you.

The One Deadly Weekend VR trailer was developed by BBC Three in collaboration with virtual reality studio Parable VR. It was commissioned by BBC Three controller Damian Kavanagh, who will be taking on an additional role as editorial lead for BBC Taster, working closely with BBC Research & Development.

BBC Taster VR was developed using technology from EEVO to help BBC teams publish experimental mobile VR experiences to audiences. Alongside user feedback, the app provides analytics and VR heat maps to show where users are looking while they’re in virtual reality. This will help BBC developers and editorial teams learn more from their content, helping them to refine storytelling techniques in this emerging medium.

In recent years, BBC has been dedicated in exploring new ways to tell expressive stories on immersive mediums such as VR. The Taster VR app will gradually push the boundaries of their audience in trying out these upcoming VR content.