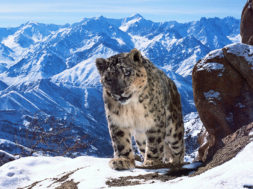 Planet Earth II by BBC has been no short of majestic so far this season. The producers of the show have done amazing in the past and are continuing that magnificent lineage with part 2 of the documentary.

But this year, BBC looks to amp it up a bit for the audience by debuting a mini-series of the show that includes 360 videos. With this new video capture method, the audience gets a chance to become immersed within the environment from the show and has a way to interact within particular settings. In this 360 video, we interact within the ‘Marine iguana vs racer snakes’ episode.

The producers in this short segment rehearse and plan out the shots for this scene which has mesmerized so many thus far. Then the video goes on to capture the event where the Marine iguana tries to desperately escape from a group of Racer snakes. The video is only 4:15 in length but packs a punch with beautiful and enticing content.

With such a viable method for the audience to interact with a show such as Planet Earth, this’ll be a great study case moving forward for Hollywood studios to observe just how emotionally invested people become with 360 videos.

This first 360 video of Planet Earth II will also be available tomorrow on YouTube. So if you weren’t able to watch this video on Facebook, you’ll have the chance to check it out on YouTube.

BBC hasn’t yet announced when the next 360 video will be available but stay tuned to keep updated on the upcoming dates.