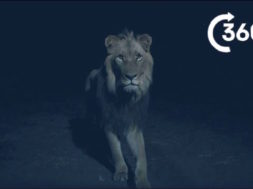 BBC has been continuously releasing 360 VR video experiences from the hit show Planet Earth II. The most recent release is called Night Predators Of Africa 360 which takes you to the African Savannah during the night. In the experience you’ll be surrounded by predatory animals of the night including some big cats (lions and hyenas).

Something new about this experience compared to the rest is that BBC included 360 spatial sound. This will allow you to hear sounds in 360 just as you’re able to see in 360. Viewers will have a more immersive experience than an ordinary 360 video as it immerses you in two of the five human senses.

The video will also introduce you to the amazing night sky of Africa. The unpolluted skies allow you to observe the stars and the moon clearly compared to an urban metropolis. BBC Planet Earth has done a terrific job in documenting the less visited places around the world and this episode captures that essence. The previous 360 videos from Planet Earth II are just as amazing. If you own a pair of headphones, a Google Cardboard, or a Google Daydream View device, make sure to check this out in VR. 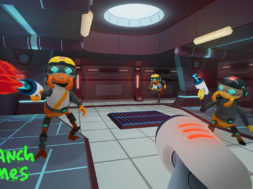