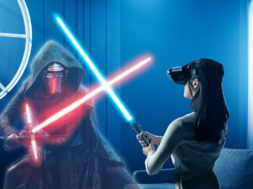 Lenovo and Disney has just announced the full details surrounding the upcoming Mirage AR headset and the “Jedi Challenges” Star Wars experience. Starting November, users will be able to put on an augmented reality headset and battle the likes of Kylo Ren and Darth Vader in an immersive experience.

Disney and Star Wars first revealed the news at this year’s D23 event. Now we know that the headset will allow you to battle enemies while you wield a lightsaber in your hand.

The Lenovo Mirage AR headset will come bundled with a tracking beacon and a lightsaber controller to play these 3 AR experiences. Lenovo and Disney has stated that Jedi Challenges will feature hours of immersive experiences. This launch is being unveiled as part of Force Friday II, which celebrates the worldwide launch of new Star Wars products. The product is compatible with both Android phones and iPhones. 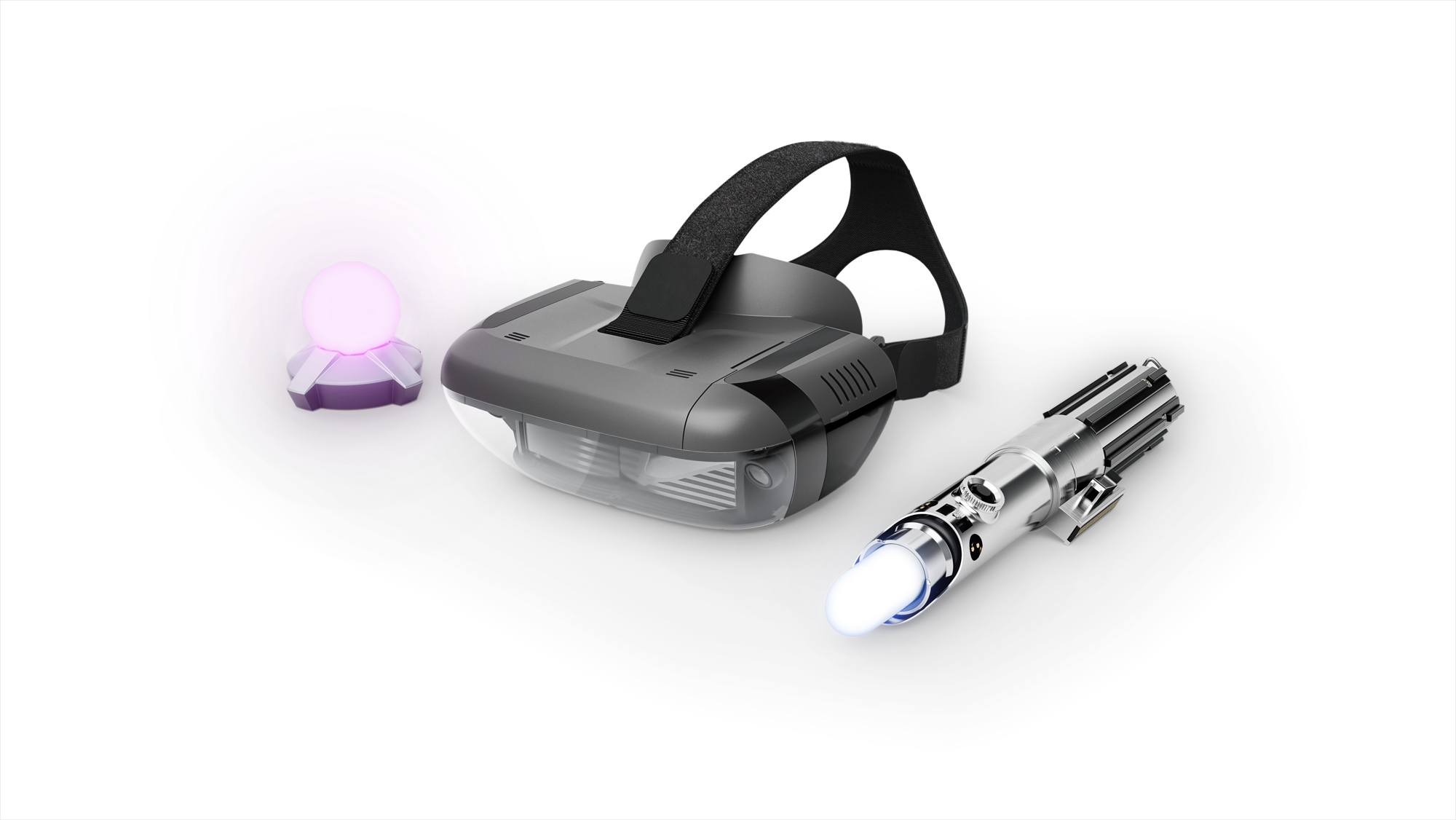 “With Star Wars: Jedi Challenges, Lenovo and Disney are bringing Star Wars to fans in ways they could previously only imagine,” says Jeff Meredith, Senior Vice President and General Manager of Lenovo Consumer PCs and Smart Devices. “Augmented reality has always been an important part of Star Wars, and it’s exciting to bring these key moments to life by marrying Lenovo technology with Disney’s storytelling.”

Players will have to hone their jedi skills across these augmented reality experiences which offer a unique type of gameplay. Jedi Challenges will also reveal a new Star Wars character, the Archivist. The Archivist instructs players in the ways of the Force™ and the knowledge of the Jedi. Throughout these challenges, users will train to perfect their lightsaber skills by taking on some of the most menacing villains the dark side has to offer, command armies in combat missions to defeat the Empire, and outwit their opponents in Holochess, all in augmented reality.
“We believe augmented reality will usher in a new era of storytelling and play an important role in the experiences we create for our fans,” said Kyle Laughlin, Senior Vice President, Games and Interactive Experiences, Disney Consumer Products and Interactive Media. “With Star Wars: Jedi Challenges, we’re bringing together the latest technology and one of the most recognized franchises in the galaxy to fulfill the wishes of anyone who’s ever wanted to wield a lightsaber or take on empire forces on the battlefield.”

Users will be able to install the Star Wars: Jedi Challenges app onto their mobile phone. After a successful installation, you will be able to slide the phone inside the Mirage AR headset’s tray. Then, you simply put on the headset place the Tracking Beacon on the floor close to you which will be able to sense your movement during gameplay.

The Mirage AR headset comes equipped with two built-in fisheye sensors to provide inside-out positional tracking. This allows users to move around freely as they duel opponents or direct their forces and pieces across the battlefield.

The headset pairs with the Lightsaber controller, modeled after the one wielded by Anakin Skywalker, Luke Skywalker, and Rey. Designed to be a key part of the experience, the Lightsaber acts as a controller and pointer, allowing players to navigate the user interface, with all controls, actions and commands activated with a simple two-button configuration.

Through visible light-tracking technology, the headset’s sensors work together to lock onto the position of the Lightsaber controller, allowing players to see a beam form above the “hilt”, which they can use to block and interact with the universe in-game. Haptic feedback is activated as players strike or block their opponents, while an inertial measurement unit sends rotational information from the controller to the smartphone to assist the beam in remaining stable mid-swing.

The Mirage AR headset bundle will be available starting November. You can pre-order the bundle and Jedi Challenges today for $199 at Best Buy.