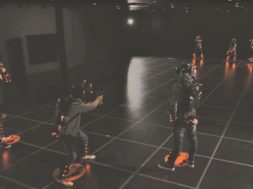 Bandai Namco has announced a new PVP VR arcade game called Ghost in the Shell: Arise Stealth Hounds. This new experience will pit up to 8 players inside a large dedicated 20m x 12m arena. Users will be equipped with a VR headset (looks to be an HTC Vive headset of some kind) and PC backpacks to roam around freely.

The teams will be split up into 2 parties in a 4 vs 4 showdown inside the virtual world. Users will be transported into the Ghost in the Shell universe and join the fight against the terrorist organization. You’ll be one of the rookies in the special forces team created by Motoko Kusanagi. Players will be able to employ iconic, powerful technology from Ghost in the Shell such as optical camouflage, prosthetic body, cyberbrain, and etc. according to the company. 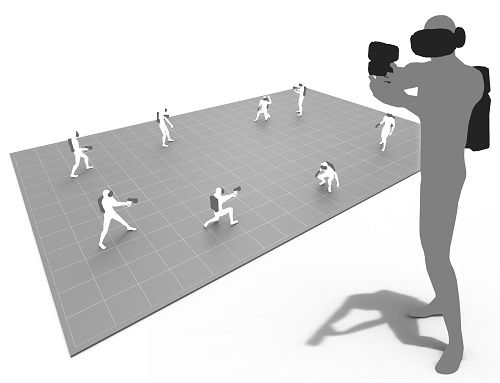 Users will have to be strapped on with VR markers for room-scale tracking and will also be equipped with a peripheral object which resembles a gun. You will use this device in the virtual world to shoot down your opponents. 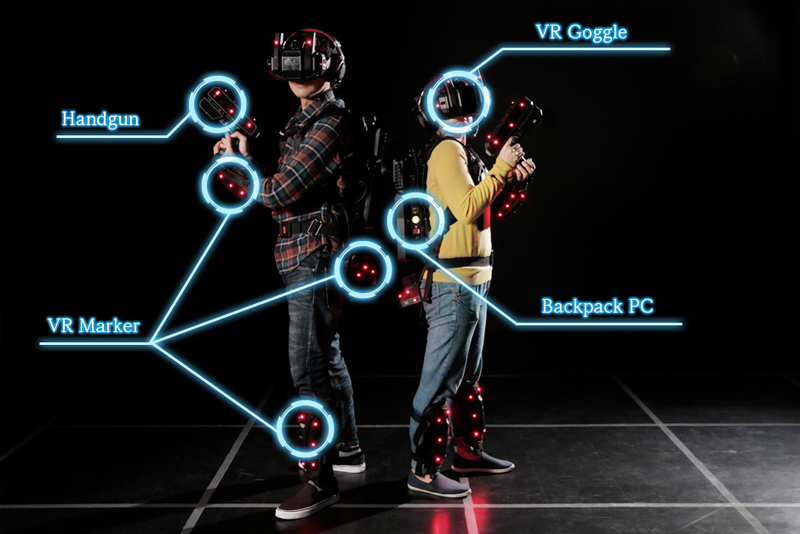 While the arena may be wide open, the world will be quite different inside the VR headset. You’ll notice various obstacles and objects which you can manuever around. Your team must come up with strategies to take down the opposing team. Whether you duck, hide, or jump around, your goal is to be standing at the end of the battle.

Currently, this experience is set to launch on December 9th at the VR Zone in Shinjuku. Sorry folks, this is exclusive to this region for now. But if you happen to be around Shinjuku, you can register and buy tickets today. We hope to see the Ghost in the Shell: Arise Stealth Hounds VR experience come stateside and other western countries in the near future.