How To Avoid VR Motion Sickness 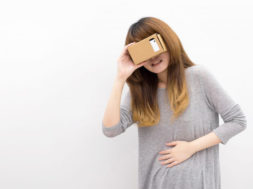 How To Avoid VR Motion Sickness

VR motion sickness is one of the great downfalls about the current technology. Many people complain about feeling sick, nauseated, or discomfort when experiencing VR. This can be due to many reasons including: low FPS, low refresh-rate, too much movement, etc. To avoid these issues, here are some helpful tips when when playing in VR.

Many people are susceptible to VR sickness and there are here are some helpful tips to avoid it.

Tips for developers on how to create high-quality content to avoid motion sickness:

Intel has released a video on how to create VR content with the least amount of motion sickness for the end user. Many developers have made simple mistakes over the time that can be avoided if following some of these guidelines.