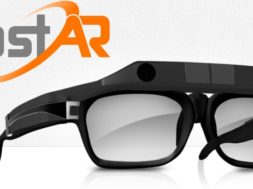 CastAR, a tenacious AR startup founded by former Valve employees, has reportedly shut down a couple days ago laying off around 70 of its employees. According to reports from Polygon, CastAR failed to raise additional capital from former investors and new alike.

CastAR was home to an internal studio called Eat Sleep Play which was made up of great talent to produce immersive experiences. The company has now locked up its doors at their Palo Alto headquarters and their Salt Lake City office.

There is a core group of employees who are working towards selling what remains of the company and it’s developed technology. The company was first formed back in 2013 by Jeri Ellsworth and Rick Johnson who left Valve with permission to take their AR research with them. Originally known as Technical Illusions, they initially raised over a million dollars on kickstarter which first fueled their flames.

Later, they had some great talks with an investment group called Playground Global to raise $15 million in capital. The company had ambitious plans on releasing their own AR glasses towards the end of this year.

This is another high-profile start-up to recently shut down within the VR and AR space. We’ll provide updates with further information.