Asgard’s Wrath Comes In A Massive 121GB Size For VR 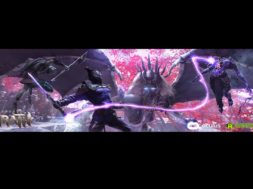 Asgard’s Wrath Comes In A Massive 121GB Size For VR

Asgard’s Wrath is getting closer and closer to its release date of October 10th on the Rift platform. It is set to be one of the biggest VR game launches of the year and it comes with a big file size appetite as well.

Shared in a Reddit post, we have discovered that Asgard’s Wrath will take up 121GB of storage for one single game. This is possibly the biggest game file size we’ve seen in VR yet.

But with the sheer size, we are probably in for a treat according to Mike Doran who is the executive producer at Oculus Studios.

It’s the textures. This game is huge.

I personally think it’s arguably the best looking VR game of all time, so far. Sanzaru’s artists have crafted some incredible looking levels. We find that people want to spend time in them just being there. For those folks it’s going to be an even longer game.

You guys will need to judge it for yourselves for sure. I’m really proud of it though.

While the size of the game might be huge, the expectations for the in-game graphics and immersion are high as well.

Asgard’s Wrath is priced at $39.99 and you can pre-order the game today. For further information about the VR game make sure to check out our in-depth article about what you should expect from it.