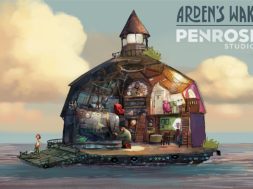 Everywhere you turn there seems to be a new VR experience that’s supposed to boggle our minds. From creative marketing ploys to quick trailer snippets, we get sucked into an idea that a new piece of content will revolutionize the VR industry. And while some stories do happen to capture our attention, there hasn’t been a VR experience that’s blown our minds (as of late). Rather, we’ve been diluted with VR content that we enjoy for a few hours, days, and maybe a week. But a creative company by the name of Penrose Studios looks to shape-shift the dynamics with Arden’s Wake.

While covering Tribeca Film Festival this year we had the opportunity to meet with the Penrose team and take a quick whirl through their new demo, Arden’s Wake. This thrilling new story takes us on a journey between a father and his daughter who live remote, surrounded by a body of water. The family lives in a post-apocalyptic world where water levels have risen to the max and the only way of escape is by living in a lighthouse atop an endless sea.

When you first jump into Arden’s Wake, you quickly get hit by a body of emotions where you’ll witness the mom and daughter (Meena) falling into the depths of the ocean. We don’t know how they ended up in that state but the father (Tide) soon comes into picture to try and rescue the two characters. Unfortunately, he is only able to rescue the daughter leaving the mother in the restless sea. 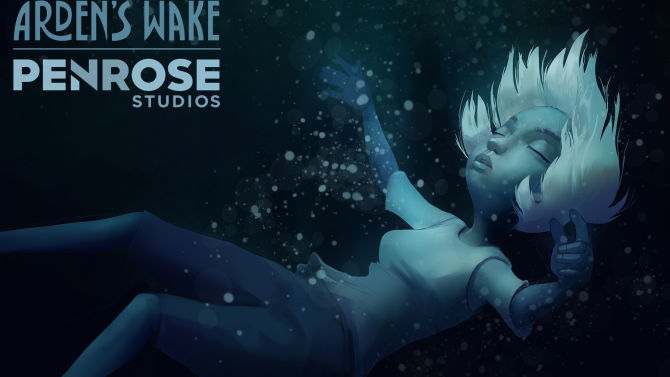 After that quick emotional scene, the story transitions us into their humble abode which sits above the water. Here, we see the Meena in a calm state with her dad, Tide, working on what appears to be a submarine. We soon hear music coming from a distance and see a boy trying to whisk Meena off her feet with his John Mayer like guitar abilities. But Tide isn’t having any of that and scares the boy away from the lighthouse. After this quick debacle the dad gets into a diving suit to go underwater. The daughter helps the dad by operating a crane to lower him down. But as soon as the dad reaches a certain depth, it appears as though he gets entangled in the trenches. The daughter tries her best to get him unhinged but fails to do so. With quick instincts she boards the submarine and goes to rescue her father.

As she’s submerging to the depths of the sea, a leviathan like creature emerges and ends up eating the submarine whole which is where our demo ends. Penrose Studios have developed a way that allowed us to view the story in 6DoF without feeling woozy or sick. I’m personally susceptible to nausea when viewing certain VR content but Arden’s Wake didn’t give me any motion sickness. The company did a great job in preventing that flaw and allows viewers to control the perspectives in the story, which is quite brilliant.

What we got to demo at Tribeca was just a part of the first installment to a larger series from Penrose Studios. The company has a grand vision in releasing episodic content that’ll surely entice VR users. We saw just how much time and dedication they put into their previous project, Allumette. This was a loosely based story on Hans Christian Andersen’s short story “The little Match Girl” which told a tale about a young orphan girl who lives in a fantastical city in the clouds. It was nominated for several awards including the Viveport Developer Awards.

Arden’s Wake was an amazing piece of artistry that will captivate the minds in the future when it’s fully released. This VR story has that magic factor which will surely charm a vast audience.

Check out some of our other reviews of VR experiences at Tribeca Film Festival such as Rainbow Crow by Baobab Studios and Life of Us by Within.