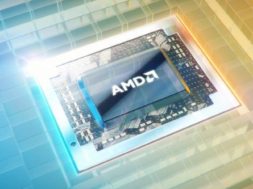 Advanced Micro Devices (AMD) announced today that they have purchased wireless VR startup Nitero, a company that builds 60 Ghz wireless chips for streaming VR and AR content from desktop computers to headsets. According to Forbes, the company acquired the IP and acquihired all the employees of Austin-based Nitero. Nitero co-founder and CEO Pat Kelly has joined AMD as corporate vice president, Wireless IP.

Although a lot of the terms are still unclear as this deal is so fresh, AMD claims they are not interested in creating their own HMD. Rather, they are focusing on freeing HMDs from their wires. In a prepared statement, AMD CTO and Senior Vice President Mark Papermaster said the newly acquired technology was “focused on solving the challenge of unwieldy headset cables.”

According to Forbes, “AMD was one of the first if not the first big chipmaker to make a significant bet on VR and publicly invest in and promote VR, so, it doesn’t seem like that much of a stretch to think that they would want to increase their commitment to the space by acquiring another chip maker in the space.” AMD’s biggest competitors, Intel and Qualcomm, already have wireless divisions and 60Ghz technologies, so it makes a lot of sense that AMD would acquire Nitero, placing their company on equal ground.

According to TechCrunch, “though many investors are concerned about the headset adoption rate over the past year, there has been less disillusionment surrounding the evolution of structural pillars central to VR’s future success, such as 5G, super high-res displays, battery tech, boundary pushing GPUs and wireless transmission tech.”

Nitero offers a low latency solution, a key component of the VR experience, as noticeable latency is known to break immersion and cause nausea. AMD, like its competitors, is in the race to provide an untethered, higher resolution VR, at a fair price point. According to Forbes, “the wireless VR pipeline is increasingly dependent on the wireless chips on both ends and the GPU that does the processing. If AMD were able to more tightly integrate Nitero’s chips with their GPUs either in hardware or software, we could potentially see increased VR performance. That increased performance could translate to support for things like 4K per eye resolution or even higher resolutions like 16K which AMD has said in the past would bring photo-realistic VR.”

As always, the race is on to bring consumers the best technology for the best price, and 2017’s VR race seems to be all about ditching the cords and increasing resolution. We’re hoping that this acquisition could bore the 16 K photo-realistic VR, that AMD has discussed previously.