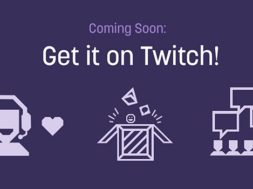 Twitch is one of the most used platforms when it comes to streaming video games. The company was purchased in late 2014 for close to a billion dollars because of its control over the eSports market. Twitch has pro gamers streaming everyday through their channel on the platform. eSports competitions are also streamed frequently through Twitch. So, to further their grasp in the growing competitive gaming industry, Twitch will offer games directly to consumers.

People already use Twitch as a way to ‘demo’ games and get a feel for what they’re all about before committing to a purchase. Soon, when you watch a stream, you’ll see an option to purchase below the video on the channel page if the game or in-game content is available on Twitch.

On top of offering games directly to the consumers, the streamers themselves will be getting a commission for every person that purchases the game through the link listed below the video.

When you buy, if the streamer is a partner who has opted into the program, he or she gets a 5% share of the revenue. So now you can help support your favorite partnered streamers just by getting a game on their channel. And, purchases come with a special digital Twitch Crate filled with surprises!

Not only that, Twitch will incentivize users to purchase the game on their site with a Twitch Crate. This is a digital loot box that has random, special rewards like a specific emote, a chat badge, or some Bits. The rewards will be randomly generated after purchasing a game over $4.99.

Direct purchases through Twitch will become available in the spring of 2017. Twitch has specified how streamers can opt-in to this commission program. Twitch will be directly clashing with Steam as they are both primarily operated on PC. This is a big response from the Amazon and Twitch team to create a wider range of revenue growth in the gaming and eSports market.