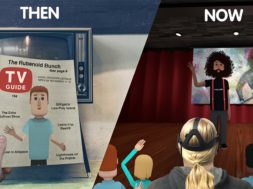 AltspaceVR has been leading the way in the Social VR sector by bringing a platform for mass gatherings and interactions. Today, they unveiled a special feature called VR Capture which will allow you to playback a certain time from a performance or event on the VR platform.

“VR Capture is an important breakthrough for the development and growth of VR as a medium,” said Eric Romo, CEO, AltspaceVR. “Being able to capture and playback anything that happens in AltspaceVR will encourage artists, creators, and performers to leverage their talents and better satisfy a growing VR market that is hungry for content.”

The VR Capture feature will record select performers and individual’s avatars from the event location. Every movement and sound they make will be recorded for a full playback option. The crowd and audience will not be recorded at this time but their reactions with emojis will be visible to demonstrate emotions garnered from the performer. 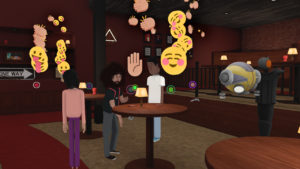 Recent live events in AltspaceVR have featured Drew Carey, Duncan Trussell, Justin Roiland, Al Roker, Chuck Todd, and Reggie Watts. People who have missed out on those events will now have the ability to playback to watch these performances again.

AltspaceVR will be rolling out the VR Capture feature tomorrow, November 11th with an all-day marathon of VR shows from the past. They’ll also be developing a regular schedule for people to tune in to daily in the future. 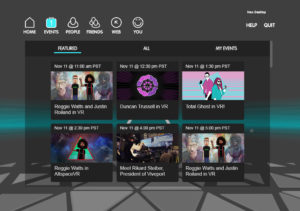 It was quite surreal for us when we viewed a replay with a past performance from Reggie Watts. We were literally visiting a moment from the past as if we could time travel. We saw Reggie’s actions, the audience’s feedback with emojis, and the overall comedic skit put on by the performer (Reggie Watts is a hilarious man).

Traditional replays on 2D mediums don’t offer the level of immersion you get from virtual reality. With AltspaceVR’s new development you’ll be trenched in time as if you were live in the act and performance.