ALTDEUS: Beyond Chronos Will Bring A New Twist To Anime Sci-fi In VR 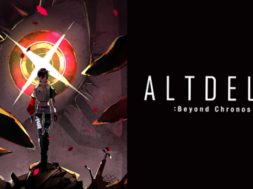 ALTDEUS: Beyond Chronos Will Bring A New Twist To Anime Sci-fi In VR

MyDearest Inc has announced a new VR title they are working on called ALTDEUS: Beyond Chronos.

This will be a new sci-fi anime-style VR adventure game that comes with some twists and and dark turns. Previously announced as PROJECT MEGALiTH, developer MyDearest Inc. changed the final name to ALTDEUS: Beyond Chronos.

This upcoming title will be the next entry into the universe of Tokyo Chronos which is a critically acclaimed murder mystery in Japan. ALTDEUS will expand upon the original’s success with another twisting tale that branches out into multiple, unexpected paths.

The story will be directed by Haruki Kashiwakura who returns to weave another intricate tale of intrigue after his work on TOKYO CHRONOS. Character designer LAM (Persona 5, Fate/Grand Order) completes the experience by bringing his signature stunning pops of color and bold design choices to the twisted anime world of ALTDEUS.

“TOKYO CHRONOS marks my first leap into VR and with the release of ALTDEUS, I want to showcase a new side of my work,” said LAM. “It is my most ambitious project to date, and I think my work with MyDearest will continue to breath vibrant new life into the VR.

ALTDEUS: Beyond Chronos is set to release sometime in 2020.