Alien: Covenant Premiere Party Set for May 18 in AltspaceVR 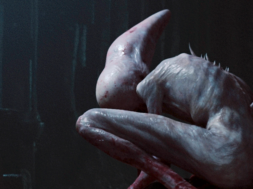 Alien: Covenant Premiere Party Set for May 18 in AltspaceVR

AltspaceVR and RSA VR are joining forces to host the Alien: Covenant premiere party in virtual reality. The event will be taking place on May 18th at 8 PM EST until 8:45 PM EST in the virtual space.

Special guests David Karlak, Alien: Covenant In Utero director, and Hussain Currimbhoy of Sundance Film Festival will be discussing “VR film-making, working with Ridley Scott, and the important distinction between a Facehugger and a Chestburster.”

For those of you unfamiliar with the Alien franchise, “facehugger” and “chestburster” is in reference to the parasitic phase the alien is in while it progresses through its lifestyle. ***Spoiler Alert: In Utero features a new style alien who explodes out of the host’s spinal cord vs their chest.

Check out our initial reaction the the teaser trailer here. Have you tried the In Utero VR experience? Do you plan on seeing the movie, or virtually attending the premiere party? We’d love to know! Drop us a line in the comments below.