Alexa and Cortana Virtually Shaking Hands In A Partnership 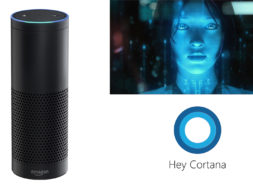 Alexa and Cortana Virtually Shaking Hands In A Partnership

Amazon’s Alexa and Microsoft’s Cortana are two of the leading voice assistants in today’s age. They provide easy access to commands and provide help in looking things up without the need of typing in anything. While these two voice assistants are indeed competitors, Amazon and Microsoft has announced that they’ll be integrating the two digital assistants.

Additionally, for customers who own Amazon’s smart speakers, they can book meetings, access calendars, set reminders, and even have work email read with Cortana’s integration to Microsoft’s Office Suite. Those with access to Cortana on PCs and laptops can summon Alexa do quick shopping through the Amazon marketplace. Alexa is also programmed with over 20,000 skills.

“The world is big and so multifaceted. There are going to be multiple successful intelligent agents, each with access to different sets of data and with different specialized skill areas,” said Jeff Bezos, CEO of Amazon. “Together, their strengths will complement each other and provide customers with a richer and even more helpful experience.”

The two companies has stated that the two assistants will start chatting to one another later this year. Alexa will first be available on Windows 10 followed by integrations to iOS apps and Android apps in the near future.

This move is quite unprecedented as this is the first time the two companies align in a such a project. Apple’s Siri and Google’s assistant are the other two big competitors in the industry. Jeff Bezos and Microsoft CEO Satya Nadella has said that they are open to working with its competitors. Let’s see if the cross-platform idea sinks in with the other two companies.

tags: Alexa ceo of amazon ceo of microsoft cortana jeff bezos Satya Nadella voice assistant
previous The 10 Years Of Excellence At Outside Lands
next Mario Is No Longer A Plumber According To Nintendo
Related Posts