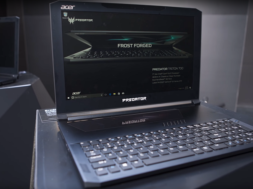 Acer has been releasing some of the finest gaming laptops over the past few years with their Predator product line. Recently, during their annual Acer press conference in New York City, the company unveiled their newest creation called the Triton 700. This new laptop is one of the most powerful and lightweight ultrabooks ever created by the company. 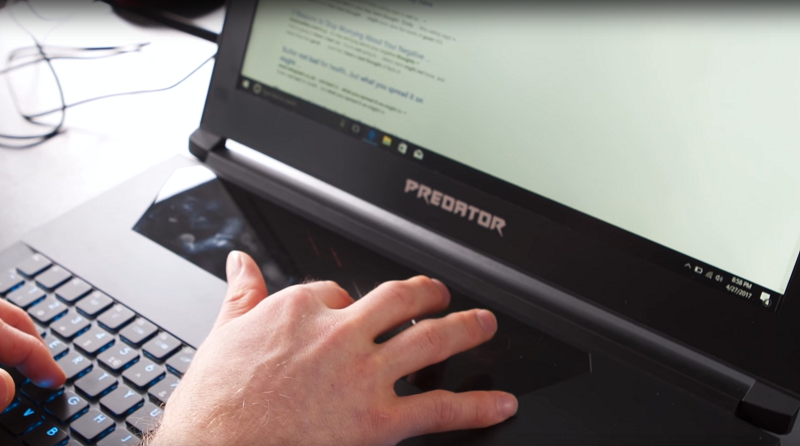 This uniquely designed laptop was built with gamers in mind. They’ve added a fully functioning RGB keyboard that can be programmed to light up in different colors. Acer positioned the track pad above the keyboard so gamers have easier access to the keyboard for optimum play. On regular laptops you’ll find track pads below the keyboard. The track pad itself is uniquely shaped with 6 corners while being an unconventional size. Gamers rarely use track pads anyways so it’s really not of importance for this particular device.

Under the hood, the Acer Predator Triton 700 packs quite a punch.

Triton 700 will come equipped with: 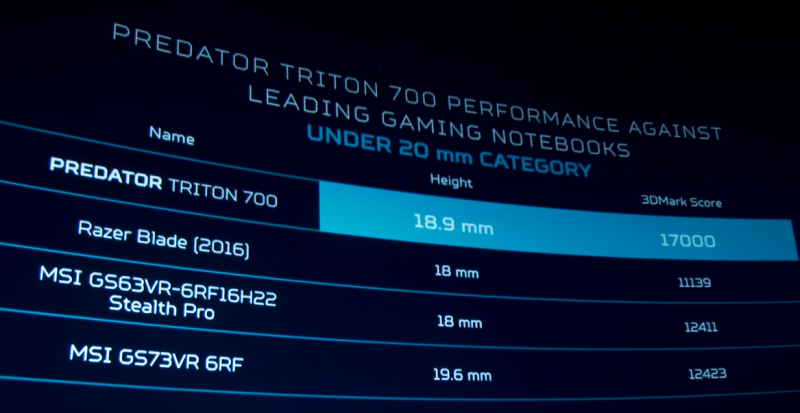 It’s rumored that the ultrabook will have Nvidia G-Sync with a 10-series Nvidia graphics card, most likely being the GTX 1080. The reason why we make this assumption is because during their presentation of the Triton 700,  Acer showcased how their new laptop compared to its competition. The Triton 700 hit a 3DMark Score of 17,000 which is almost 6,000 higher than the Razer Blade 2016 model. The 2016 Razer Blade comes equipped with an Nvidia GTX 1060 graphics card so it wouldn’t be unreasonable to think that Acer used a GTX 1080 to hit that benchmark.

What this means for mobile VR

The Razer Blade, MSI GS63VR Stealth Pro, and MSI GS73VR 6RF are all considered VR ready laptops. They deliver a quality experience while being a versatile machine. But the Triton 700 will be delivering an even higher quality VR experience with it’s high computing capabilities and the rumored GTX 1080 graphics card. While it wouldn’t be the first laptop with a GTX 1080, it will be a unique contender that offers the overclocking function, which is insane. But the Triton 700 will carry a hefty price tag of $2.999.99.