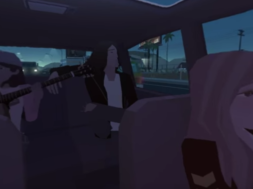 Nominations for the Oscars were just announced and to everyone’s surprise a VR short story called Pearl got a nod from the organization. The VR Story was first published on Google in their 360 Spotlight Stories App for Android and iOS devices.

The VR story follows the lives of a dad and his daughter throughout their journey in life. In this short film, you’re exposed to the daughter from a young age. You see her experience the teenage years with her dad and grow from life on the road. Their love for music plays a big role in the experience. Pearl is truly packed with emotions even for how short the video is.

The director for Pearl was Patrick Osborne, a previous Academy Award winner for a Disney short film called Feast. However, Pearl wasn’t nominated for the exact VR experience but rather the traditional 2D format.

Even though we’ve posted the 360 video above, it should be experienced in true VR fashion. Download the app today and check out why its been getting all the buzz.