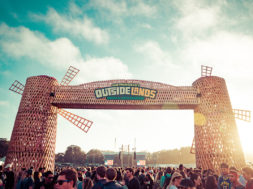 Outside Lands has always been an integral part of the summer for many festival goers in the U.S. From the fantastic musical performances to the unbelievable wine, tens of thousands of fans flock to the high-tech city of San Francisco to see the magic and beauty of Outside Lands.

Many festivals today barely make it past a year due the sheer amount of festivals available in a given time. As a matter of fact, there are at least ten different festivals to attend in a span of a month during the summer season.

Additionally, the newer festivals just don’t have the capabilities of properly putting together a quality event. Just take a look at Fyre Festival which went down in shambles. Attendees were stuck on an island, living in a “Lord of the Flies” type scenario. To be a reputable company and brand, it requires a certain type of discipline that brings the spirit alive.

Outside Lands has accumulated an amazing fan base and community around it. From wine tasters to beer lovers, the Outside Lands team has created an inviting place where diversity blossoms.

During this year’s festival we saw some amazing acts perform such as Metallica, Gorillaz, Young The Giant, The Avett Brothers, Empire of the Sun, Lorde, and many more.

Below is the full lineup from Outside Lands 2017 – 10 Year Anniversary:

• EMPIRE OF THE SUN

• HOW TO DRESS WELL

• BERKLEE COLLEGE OF MUSIC WITH DWILLY AND GUEST HUNTER LAMAR

Outside Lands isn’t some AEG or Live Nations festival. It’s a community based event that holds true to quality and commitment of bringing a fun time together in the city of San Francisco. While the VR & FUN team has attended many festivals in the past, Outside Lands is one that truly holds a special place in our hearts. We look forward to the years to come with more dazzle at this special festival.